Apple's new Newsstand for iOS may be helping magazines boost their subscription sales, according to an AllThingsD report.

The site posts a chart that shows actual sales numbers for Popular Science.

The chart comes to us courtesy of Mag+, Bonnier's tablet-publishing software business. And as Mag+ CEO Staffan Ekholm points out, the really promising indicator for Pop Sci isn't the one-week sales leap of 13 percent - it's that the the magazine's growth picked up after that week, with more velocity.

Popular Science added 3,677 subscriptions the week Newsstand first launched. The week before it added only 389. The average following Newstand's launch is approximately 1394 new subscriptions per week. 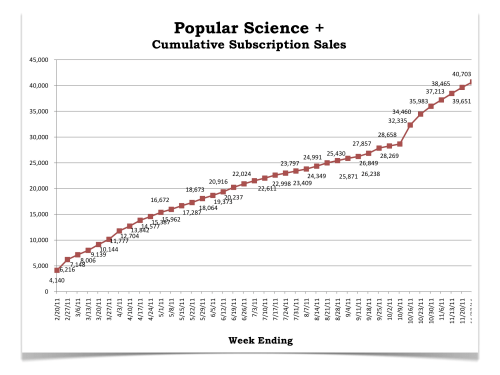