FORTUNE says that reports about Apple's education event in NYC have been over-hyped.

"This whole event is being blown out of proportion," a former Apple executive told the site.

FORTUNE takes issue with a recent Ars Technica article that predicted Apple would announce tools and a platform to "digitally destroy" textbook publishing. The report said Apple is set to unveil "a GarageBand for e-books" and sources Matt MacInnis, CEO of Inkling.

We interviewed MacInnis over the weekend, and as near as we can tell, Foresman -- and the 18 other reporters who followed his lead -- got it wrong.

MacInnis also mentioned GarageBand in our interview. But what he was describing was a sample iPad textbook, produced in-house and packed with pedological bells and whistles, that would serve as a reference design for textbook publishers, much in the way GarageBand for the iPad showed iOS developers what the new platform could do.

"Apple is not trying to kill the incumbents," MacInnis told us. "They've learned their lesson from upending the music industry." 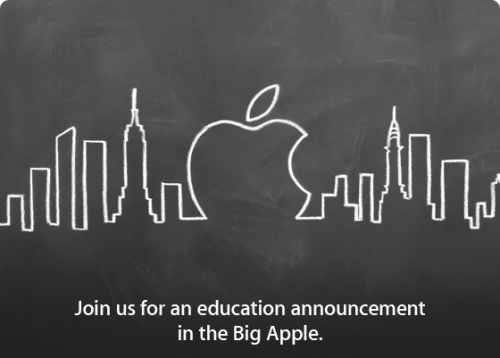 budsal - January 17, 2012 at 9:50pm
What's up with the question mark? Has it been overhyped or not iClarified? have an opinion on something you farging barsterds
Reply · Like · Mark as Spam

Kingsford - January 17, 2012 at 6:39pm
Do you guys ever write your own articles or do you just Copy and Paste everything?
Reply · Like · Mark as Spam

spliffy - January 18, 2012 at 12:52am
iclarified is an agrigator with human hands. Basically the smartest move in a while; rss aggregator as a website. Brilliant advertisement capture model in action
Reply · Like · Mark as Spam
Recent