Google reportedly pays Apple $1 billion per year to be the default search engine on Safari, according to Macquarie analyst Ben Schachter

We know that Apple TAC is accounted for in the Google.com TAC line item reported each quarter by Google. For 2011, Google reported ~$1.5bn in total Google.com TAC. For modelling purposes, we assume that Apple represented ~66% of this TAC (though we acknowledge that this could be high), or $1bn. At a 75% TAC rate, this means that Google generated ~$1.3bn in gross search revenue through default search placement on Apple devices. In other words, this $1.3bn of search revenue ($335m net search revenue) in 2011 is at risk if Apple moves away from Google. $335m represented ~1% of net Google.com search revenue. Notably, mobile/Apple revenue is among its fastest growing revenue drivers.

Schachter believes that in the short run Apple has more to lose by dropping Google for search since it would be forced to offer an inferior product. However, in the long run Apple's iOS and iPad could potentially outsell PCs making the platform very important for Google's business. 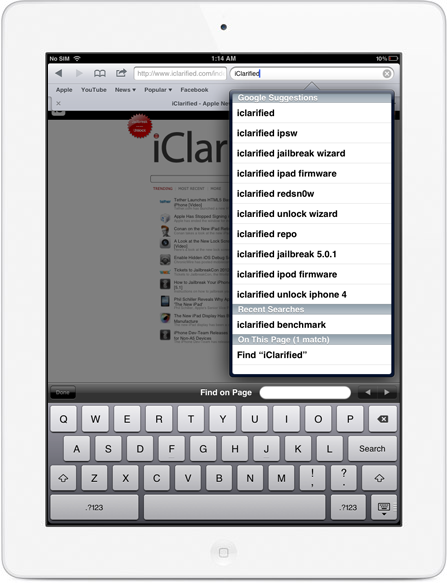 Gkpm - March 10, 2012 at 12:11pm
As far as ridiculous stories about Apple go, this one takes the prize: "For modelling purposes, we assume that Apple represented ~66% of this TAC (though we acknowledge that this could be high)" So their assuming that Apple accounts for 66% of all the commissions Google pays out to get traffic to their site? (that's what TAC means). Think about it: all those sites out there like AOL using Google (because Google pays them), browsers like Firefox and Opera that have Google as default (again because Google pays them), money paid to PC manafucturers like Dell to set Google as the default search... But then they would give Apple 66% of all that money? I'm sorry but if this analyst thinks so it's not just the estimate that is high.
Reply · Like · Mark as Spam
Recent