Twitter is trying to patent the pull-to-refresh action used by Loren Brichter, the developer of Tweetie. Twitter purchased Tweetie back in April 2010. The patent was filed about four months later.

Listing Brichter as the inventor, the U.S. Patent Application is entitled, 'User Interface Mechanics' and reads:

The wide reaching description appears to apply not only to apps like Facebook and Tweetbot but also to apps like Clear which use the action for more than the typical 'refresh' functionality.

ObamaPacman notes that the patent has not been granted yet and could fail based on prior art.

"We're pretty sure many App Store titles had that feature before 2010 so it may fail the prior art portion of the patent examination process." 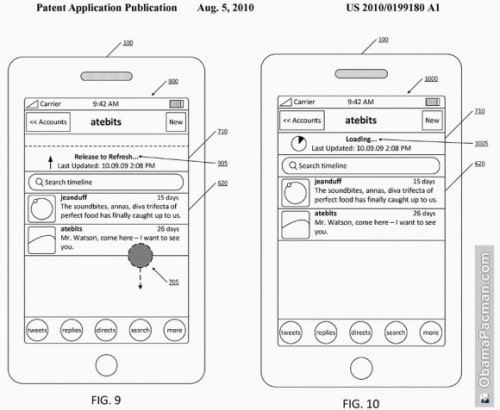