User Interface & Recording
iProRecorder utilizes the innovative Multi-Touch user interface so users can quickly record with a single touch of a button, and recordings can be paused as well as appended with the touch of a finger. The elegant design features a circular display, which includes a counter, progress indicator, available record time, and more. To avoid having to operate the controls upside down when the iPhone's mic is directed at a subject, iProRecorder's uses the device's in-built accelerometer to invert the screen image accordingly. iProRecorder records uncompressed files with three audio fidelity settings enabling users to balance quality against an available recording time of up to 13 hours per GB while maintaining higher audio resolution than in compressed formats. A record timer can be set to designate recording length, and an optional 3-second record countdown is also included. iProRecorder utilizes the iPhone's location services and camera, providing support for geographic tagging and photos -- ideal for associating a recording subject with the exact recording location, for future reference.

Playback & Navigation
An innovative circular jog/shuttle playback wheel makes traversing long files easier than conventional linear controls. When dragging the jog/shuttle wheel, audio plays accordingly -- forward, reverse, fast, slow -- making it intuitive and easy to precisely locate any given point in a recording. Highly accurate recording/playback level meters offer important visual feedback while adding to iProRecorder's aesthetic appeal. Recordings may be played back at normal speed (1x), twice the speed (2x) or half the speed (1/2x) -- an ideal feature for dictation and transcription tasks. Because many recordings are made at less than ideal volume levels, a volume boost slider ensures even the lowest level recordings are easily audible.

File Transfer
Recordings can be easily emailed, transferred to a Mac or PC via Bonjour sharing, or launched directly to BIAS' Peak Pro 6 professional audio editing application --exclusively for the Mac. BIAS also offers several other products that augment the functionality of iProRecorder. Users can edit and process their recordings with BIAS Peak Express 6, a streamlined edition of the leading professional audio editing application on the Mac. In addition, users can improve the sound quality of audio recordings captured in noisy environments with BIAS SoundSoap, the highly popular audio restoration application for desktop systems.

Pricing & Availability
The iProRecorder application is available now for just 99 cents from Apple's App Store on iPhone and iPod touch or at http://www.itunes.com/appstore/ 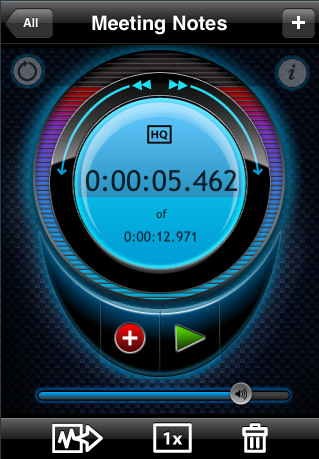 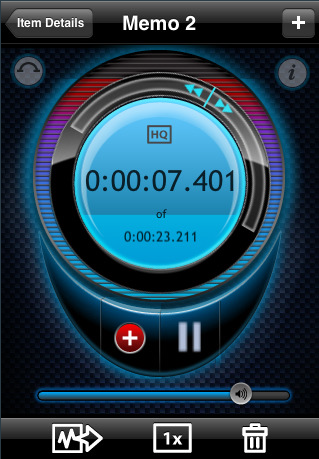 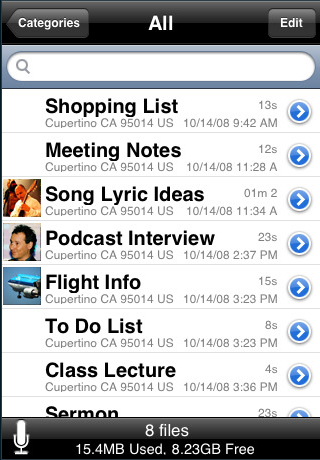 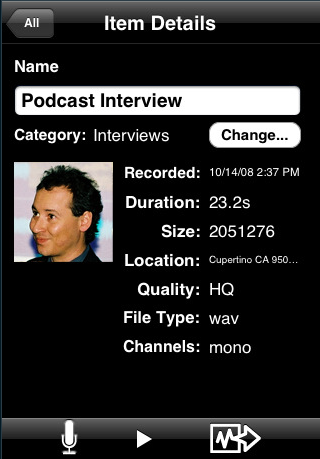 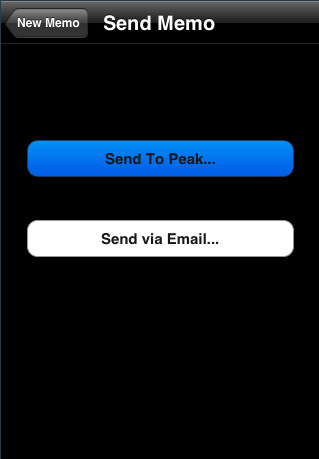