Electronics Arts has posted some screenshots of its upcoming FIFA 13 game for iOS, reports Pocket-Lint.

Electronic Arts has released a few screengrabs taken on a new iPad which hint that the mobile iteration of FIFA 13 will not merely stand in the shadows of its console brothers. It's looking absolutely fantastic.

Clearly snapped from an early build (Arsenal are wearing last season's kit and Drogba's playing for Chelsea), the game could be mistaken for a full console title if it weren't for the onscreen controls. It certainly makes use of the full resolution of the new iPad screen (2048 x 1536).

FIFA 13 is arriving in late September and features a number of tweaks and additions. Check out the screenshots below... 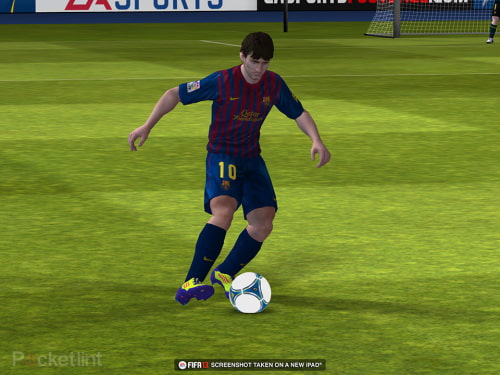 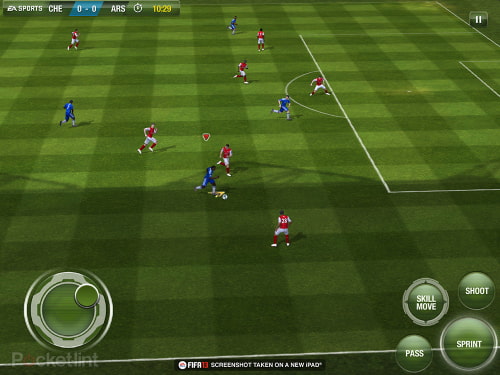 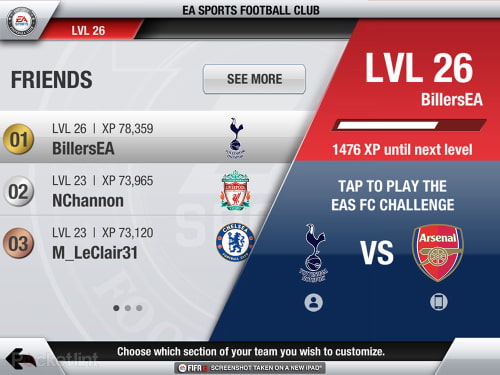 Ruthless - July 10, 2012 at 3:55am
I hope this FIFA 13 will have multiplayer. FIFA 12 doesnt have it. FIFA is something that people loves to challenge each other. so if there not gonna be a way to play or challenge with your friends over bluetooth or wifi i think its a waste to buy the new FIFA 13
Reply · Like · Mark as Spam

NoGoodNick - July 10, 2012 at 1:36am
I want to apologize to the readers for my foul language, it's just that my penis is so small that I have to use tough words to recompensate for my small ego and my lack of a good education...my parents locked me up in the basement while feeding me droppings from rats and now it is taking its toll...all i can do now is just curse myself to sleep dropping those F bombs all day and night...I just don't know any better...please excuse me...
Reply · Like · Mark as Spam

NoGoodNick - July 9, 2012 at 10:12pm
What the fuck kinda shit statements are that?! Has the author not played the fucking console version?! The graphics on the console make you fucking see the sweat coming for the player balls! That much fucking detail! The iOS version look like the same ol shit in FIFA 12! Fucking ass bastards never fucking play on a console before making farty remarks!
Reply · Like · Mark as Spam