Apple will reportedly hold an event on Wednesday, September 12th to unveil the 'iPhone 5' and 'iPad mini', according to iMore.

The new iPhone is said to launch just nine days later on Friday, September 21st but the site hasn't heard any details on when the iPad mini might launch.

As for hardware, we're still hearing the iPad mini will be exactly like the 9.7-inch iPad, only scaled down to 7.x-inches. We originally heard Apple had a few iPhone 5 prototypes, including 3.5-inch and 4-inch versions, but recent reports and parts leaks make it look like the 4-inch, 16:9 screen version is what Apple's going with. We've also consistently heard all new iOS devices will have the new, smaller Dock connector going forward, which along with the nano-SIM and rumored in-cell display should leave lots of room for the LTE radio we heard about earlier in the year, and the bigger battery to go along with it. 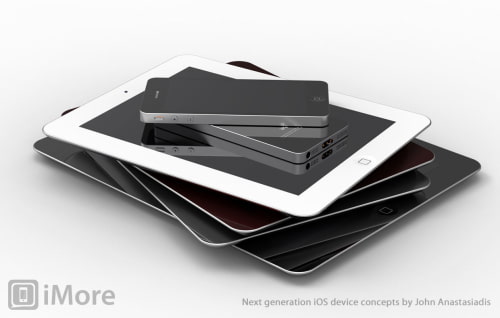 icrunch@live.com - July 30, 2012 at 10:10pm
I already KNOW I can upgrade to a new iPhone 5 at the same rate as last year. And then sell the 4S for about the same I paid for my last upgrade haha...The trick is to have it unlocked. I haven't actually paid anything since I joined the iCraze.
Reply · Like · Mark as Spam