The first ad entitled 'I Can Do Anything' features PC excited about how since they're animated they can do anything. They can float in the air, build things quickly, and talk to animals. PC then talks to a little bunny who is going to the Apple Store and proceeds to knock a snowman on top of the bunny.

The second ad entitled 'Tree Trimming' features PC and Mac working together to decorate a Christmas Tree. Mac tells PC how nice it is to put aside their differences and work together. When they plug in the Christmas lights, PC has placed them in a way that reads 'PC Rules'.

Click on the ad below to view the movie...

I Can Do Anything 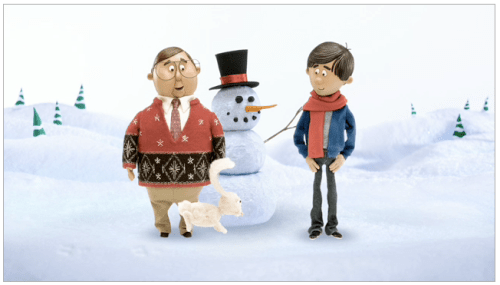 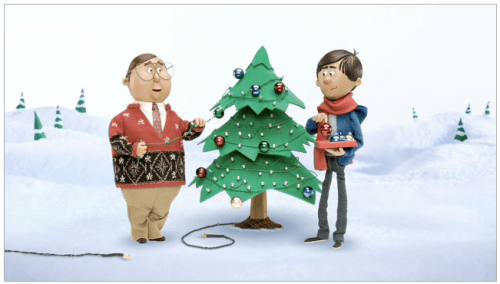