iFixit has posted its in depth teardown of the new iPhone 5.

Behold, the sixth generation of iPhone! We shall call it…iPhone 5! Buckle down for the iPhone 5 teardown: the biggest thing to happen to teardowns since teardowns.

Highlights:
● The unibody back case is reminiscent of the iPhone 3GS, while it maintains the square edges of the iPhone 4.
Because the iPhone 5 is opened front-to-back, replacing a cracked screen is going to be easier than ever.
iPhone 5 Battery: 3.8V - 5.45Wh - 1434mAh. Talk time: Up to 8 hours on 3G. Standby time: Up to 225 hours.
● Near the top of the case, we find a few antenna connectors firmly screwed to the inside of the case.
● We can now confirm that the Qualcomm MDM9615M is the 4G LTE processor powering this new feature.
● The lower microphone (1 of 3 inside the iPhone) is squeezed between the Lightning connector and headphone jack, and hides behind what appears to be a second speaker grille.
● Unlike the iPhone 4S, which used a linear-oscillating vibrator, Apple has gone back to a rotational motor with a counterweight.
● Apple's newest iteration of its classic home button is sporting an integrated metal support bracket, hopefully greatly strengthening the oft-used switch.


iPhone 5 Repairability: 7 out of 10 (10 is easiest to repair)
● We're quite happy that the glass/display is the first thing that comes off the iPhone 5. The majority of iPhone repairs are due to a shattered front glass.
● The battery comes out with a bit of prying once the front panel is removed.
● The iPhone 5 still uses Pentalobe screws on the exterior, making it more difficult to open the device.
● The front glass, digitizer, and LCD are all one component, thereby increasing cost of repair.
● Lots of smaller components are soldered to one ribbon cable, increasing the cost of repairing just one component.

Take a look at some photos below or hit the link for the in depth teardown. 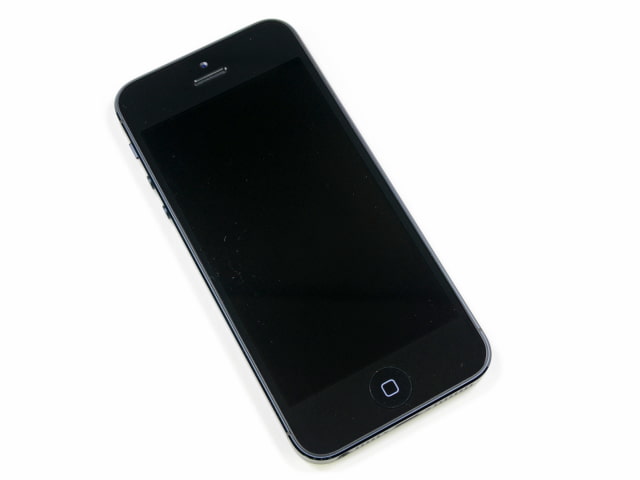 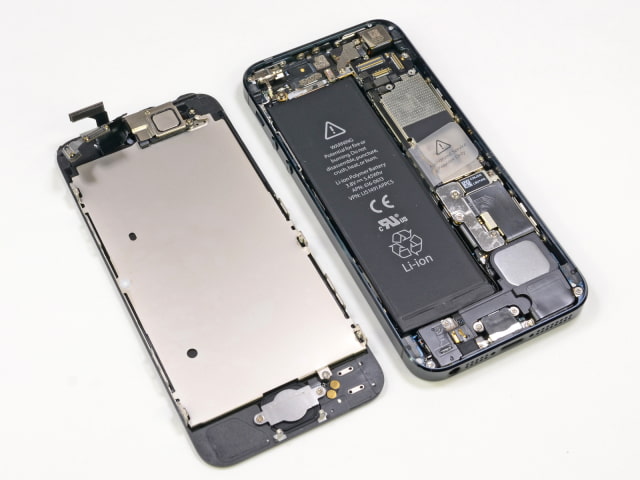 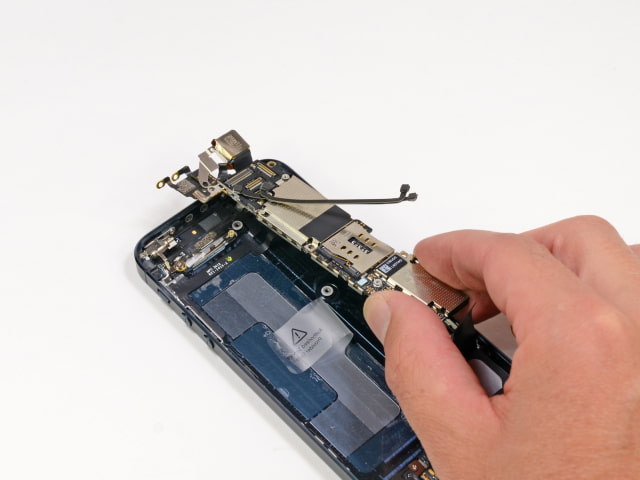 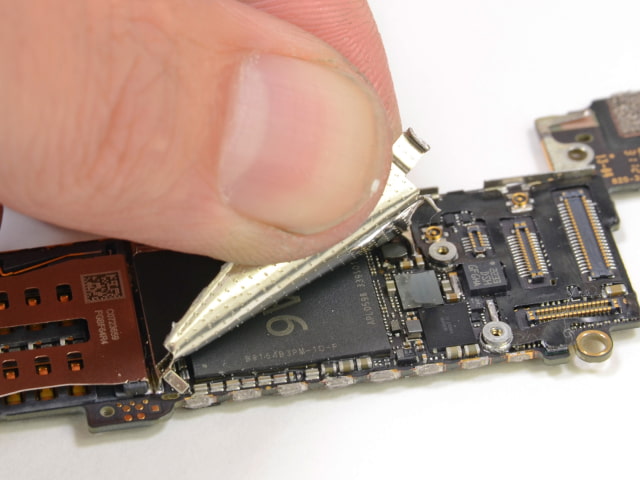 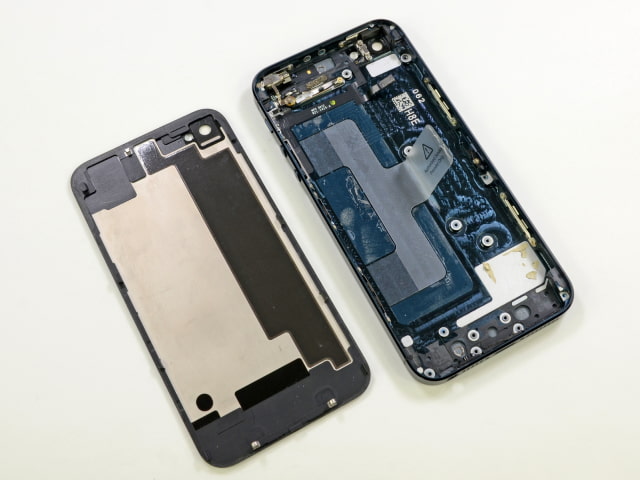 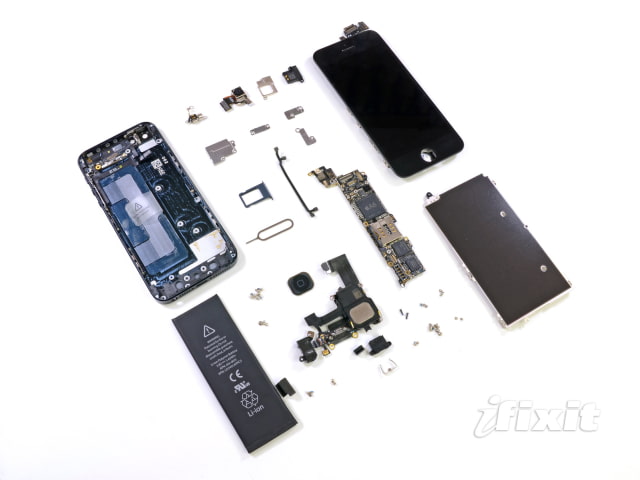 DesignersX - September 21, 2012 at 10:13am
For more information visit here http://designersx.com/iphone5teardownitseasiertorepairthaniphone4s/
Reply · Like · Mark as Spam

Jose Angel - September 21, 2012 at 4:12am
Question to i-Fix-It: Does The Nano Sim slot have clearance enough to accept just cutteed Mini-Sim w/o craving with sandpaper?
Reply · Like · Mark as Spam