Sony Pictures has released The Amazing Spider-Man Second Screen app for the iPad.

Browse through the app's Production Notes and uncover the secrets behind The Amazing Spider-Man's development, production, and completion. When you sync the app to the Blu-ray™ of the movie, your tablet will become an interactive Movie Timeline, offering scene-specific cast and crew interviews, special effects tests, stunt footage, trivia, and more.

You can download The Amazing Spider-Man Second Screen App from the App Store for free. 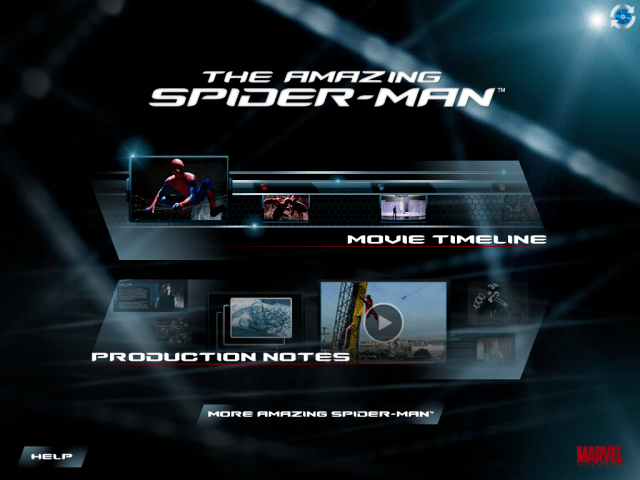 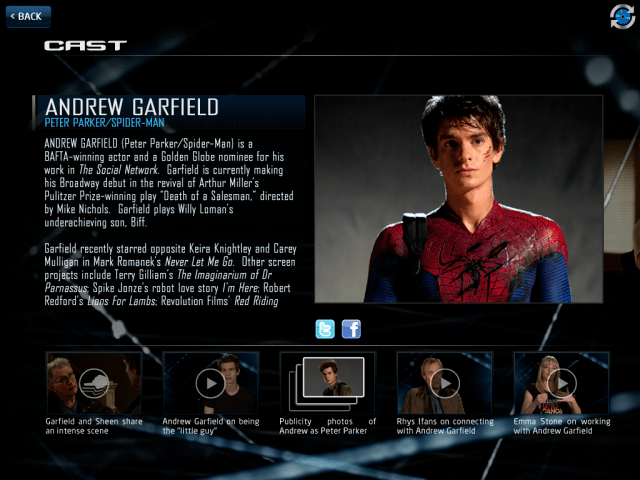 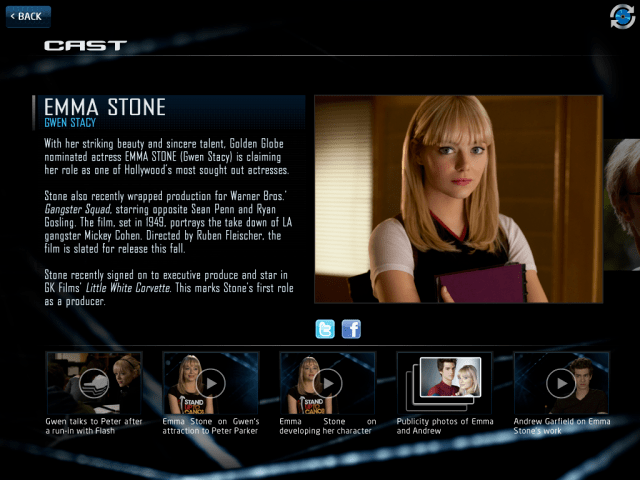