Apple is now the owner of The Beatles' Apple Corps logo, reports PatentlyApple.

While settlement terms were confidential, it was said that Apple was paying The Beatles $500 million for its trademark rights.

Now a registration for the Apple Corps logo has been granted to Apple. The Canadian Intellectual Property Office shows that the company was granted a trademark for the logo on October 24th. There was an unsuccessful opposition from a company named Apple Box Productions Sub Inc. Apple first filed for the trademark in March 2011. 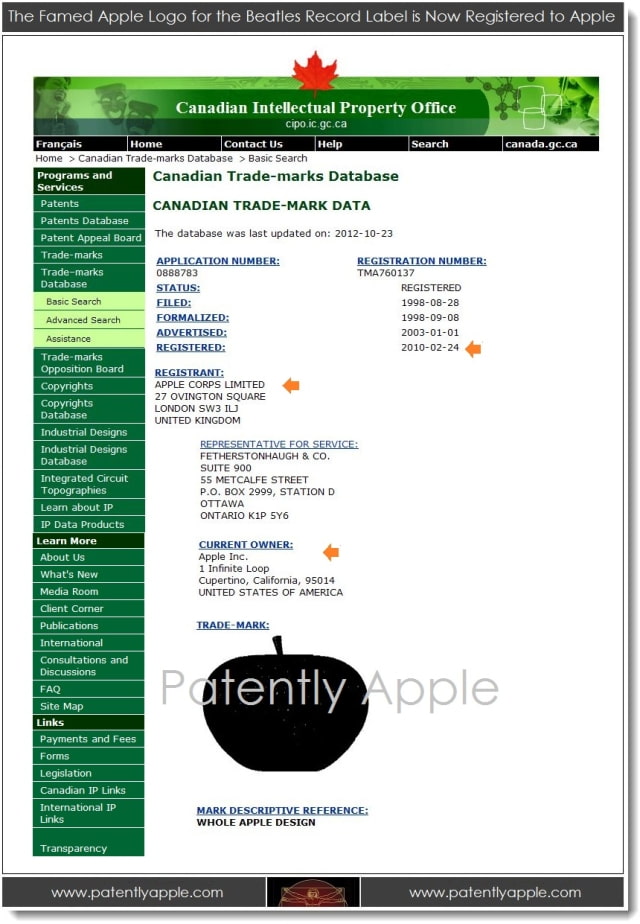