In the EU, consumers are entitled to a two-year warranty with any consumer electronics purchase. Apple has been accused of misleading customers in marketing its AppleCare extended warranty by not properly explaining their rights.

The decision to pursue legal action comes only after Test-Aankoop/Test-Achats decided to join up with 10 other Europe-based entities to make complaints about how Apple operates its warranties, but now the group feels it is time to escalate to a court case after efforts to petition the Mac maker have gone unheard. The move also follows successful action in Italy regarding the same exact issue, a case which the Belgian watchdog cites as a precedent, noting that Apple not only had to pay a €900,000 penalty in that case, but also modified its practices for the Italian market.

In October, EU Justice Commissioner Viviane Reding wrote to member countries asking them to examine whether Apple failed to inform customers of their right to a minimum two-year warranty.

"Apple prominently advertised that its products come with a one-year manufacturer warranty but failed to clearly indicate the consumers' automatic and free-of-cost entitlement to a minimum two-year guarantee under EU law," Reding said. "These are unacceptable marketing practices." 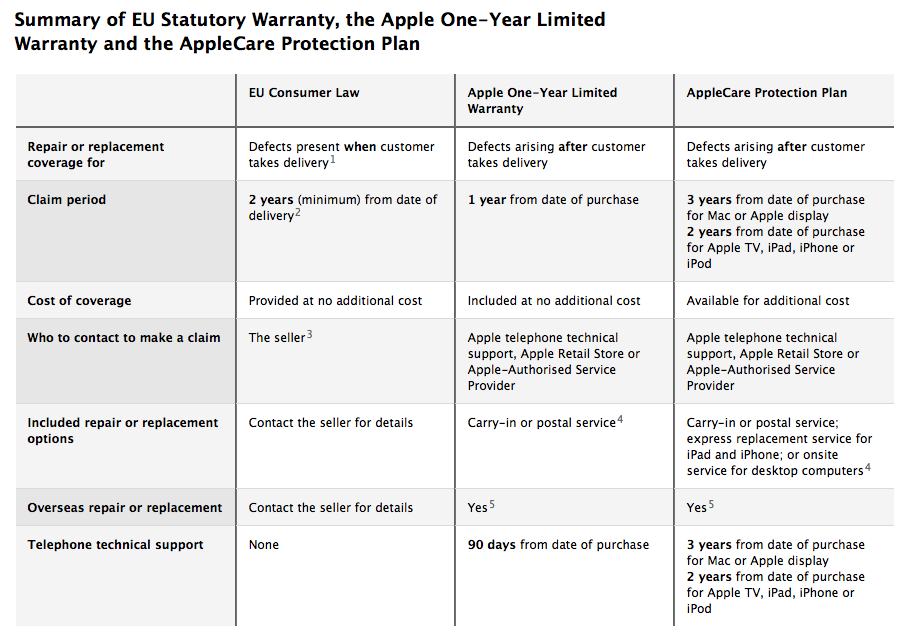