A DEA Intelligence Note reports that it's impossible for law enforcement to intercept iMessages.

Christopher Soghoian, of the American Civil Liberties Union, said that "Apple's service is not designed to be government-proof." "It's much much more difficult to intercept than a telephone call or a text message" that federal agents are used to, Soghoian says. "The government would need to perform an active man-in-the-middle attack... The real issue is why the phone companies in 2013 are still delivering an unencrypted audio and text service to users. It's disgraceful." 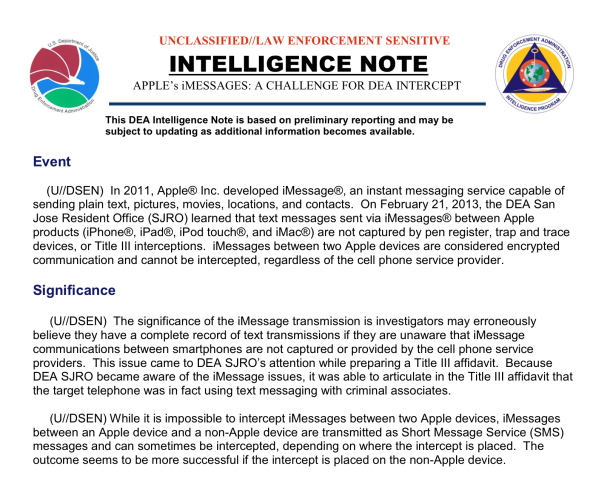 WOW - April 5, 2013 at 12:26am
Criminals are not that stupid! Well maybe the transfer is encrypted but don't forget Big Brother (iCould) is watching you :D, he is able to memorize everything you do and readable for Apple.
Reply · Like · Mark as Spam
0