Maintain has announced the release of Cocktail 4.3.1 (Leopard Edition). This version addresses an issue in which Cocktail may stop responding during a scheduled clearing of system caches, adds clearing of the trojan Lamzev.A and the worm Inqtana.A as well as minor improvements on the clear potentially harmful files procedure. The update is highly recommended for all users of Cocktail (Leopard Edition). 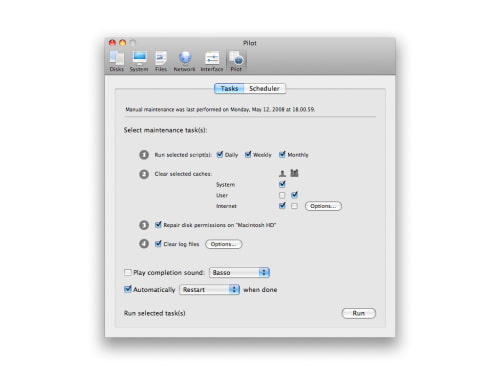