Apple is on the heels of implementing sweeping changes to the way iPhones are sold and marketed in order to boost sales at retail stores, reports 9to5mac.

Reportedly, Apple held a summit for retail store leaders where CEO Tim Cook spoke for three hours. Cook was relatively satisfied with the way Macs and iPads were selling through retail stores, but noted that 80% of iPhones are bought outside of the stores.

The iPhone is Apple's central "gateway product" to other devices like iPads and Macs, so it is critical that the Apple smartphone is sold via an Apple Store so new customers are immediately exposed to iPads, Macs and other devices on the showroom floor. Even though 80% of iPhones are not sold at Apple Stores, 50% of all serviced iPhones are troubleshooted, repaired, or replaced at Apple Store Genius Bars. Cook reportedly hinted that he would like those numbers to be more in line.

Cook and other executives are developing new incentives for customers to purchase iPhones at retails stores. The first element of this strategy is offering a $50 gift card to those who purchase an iPhone via the Back to School promotion.

Additionally, Cook hinted at the upcoming launch of Apple's trade in program which could roll out in the coming months. While details are scarce, it is rumored to have a large promoted presence at retail stores. According to one source, the trade in program could allow customers to upgrade an older damaged iPhone to a refurbished iPhone 5.

More incentives and promotions are likely to appear as we head through the fall such as price matching of iPhones. Cook also reiterated the importance of iOS 7 and some executives showed off ways to promote the OS when is launches in the fall.

Leaders left the event confident in a strong product lineup as well. Expect “an army of new products this fall,” one person said. 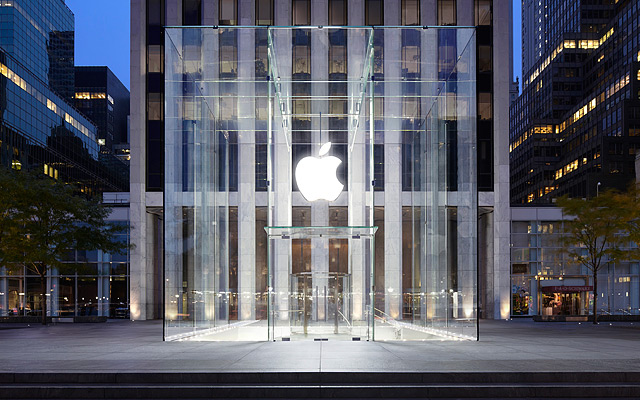 Archie - July 5, 2013 at 8:10pm
The bulk of the iPhones are sold outside of apple stores for 2 reasons. 1. That's how apple STARTED selling iPhones. 2. People don't want to pay full price all at once. Resellers like AT&T subsidize the phones so customers pay over time. If apple offered a payment plan ( not another credit card ) like t-mobile, they charge $20 up front and $20 per month with no interest. Apple could even charge interest, with $50 down and $20 per month phones would STAY out of stock.
Reply · Like · Mark as Spam

Sim - July 4, 2013 at 6:44pm
Want more sales, defeat the competition and make better product, you don't need to cheat or deceive people. Can't believe what I read.
Reply · Like · Mark as Spam

Sim - July 5, 2013 at 4:58am
it's a strong word I know, just related to the strong marketing policy, I am an apple fan, by the way. wanted just to emphasize that, apple didn't have to push sales at apple stores until last years, if they keep making the best product, they don't need to worry about the sales.
Reply · Like · Mark as Spam
9 More Comments
Recent