Apple's rumored iWatch will feature a flexible AMOLED display and 3D protective glass, according to the China Times.

The publication reports that TPK has entered the iWatch supply chain but won't start mass production until the second half of this year, notes DigiTimes.

The report said the iWatch will come equipped with a flexible AMOLED display and 3D protective glass. The rumors also speculated that the iWatch will use silver nanowire touch screen technology developed by TPK in conjunction with Japan-based Nissha Printing.

Apple is widely expected to unveil its iWatch alongside new larger iPhones this fall. It will reportedly feature a sapphire glass display and built-in sensors that can monitor your fitness level and vital signs. 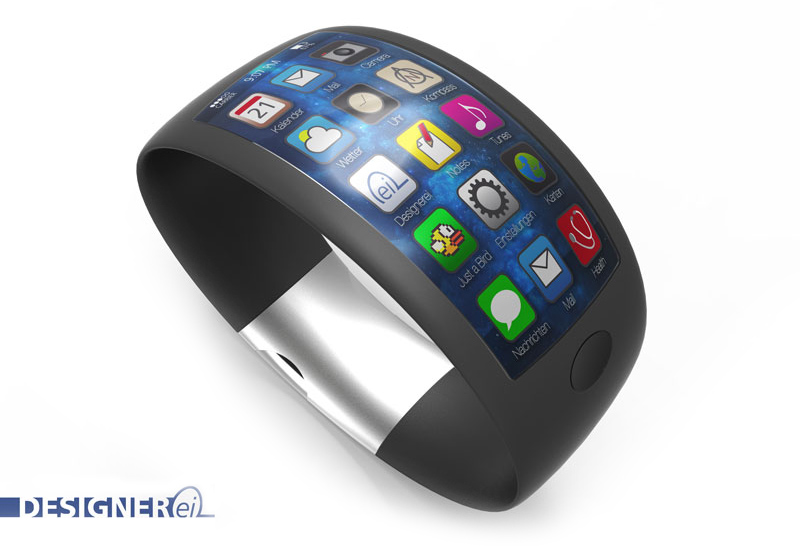 Bright Side - February 20, 2014 at 12:18am
Look who finally came to their senses to believe Tim, and by believe, you actually give a damn to hear his words, but still though you can't find where you heard it. Lol
Reply · Like · Mark as Spam

DarkSide - February 21, 2014 at 4:35am
You obviously don't pay attention to your beloved Tim Cook. Here you go: http://m.theinquirer.net/inquirer/news/2243290/tim-cook-takes-a-dig-at-samsung-with-talk-of-poor-amoled-screens http://www.forbes.com/sites/greatspeculations/2013/02/20/tim-cook-does-not-like-oled-but-spends-money-on-it/ I don't listen to Tim Cook I just happened to read an article elsewhere. I don't believe in what comes out of his mouth, the article also mentions him saying that they will never make a cheaper iPhone, they obviously did and it was a FAIL. He said they wouldn't make a smaller ipad and also said that there is no need to go big because iPhone is the perfect size. Fibber....
Reply · Like · Mark as Spam

Psychologist - February 21, 2014 at 12:13pm
Wow, how can someone on an apple site first off try to convince an apple user something else this site would be honest to post but not your spam crap, second, you can worship scamsung all you want, wake up and realize why CEO is dropping users mocking apple when they watch every move, they're trying to be them and they use the same motto: "the next big thing (AFTER apple)". Allow me give you meds to stop the leaks in your memory loss, Tim made red versions of products, he tried to stop NSA from accessing iPhone, and the day he became CEO he has worked hard like jobs, look at how apple is alive today. The only fail here is your attempt, who the Fck is on your side because people have to be this clueless to give a damn. You don't believe what comes out of his mouth and this is why, you read an article elsewhere because you typed in extra word or some delusional fanboy of yours made it up, where is one article here saying Tim is a discrace? The reason why iPhones are not big ass because this was jobs' was of making phones but it still serves no purpose, why make it bigger for one hand and cram up more pocket space? Think about it while taking meds. Lawl
Reply · Like · Mark as Spam

DarkSide - February 21, 2014 at 2:13pm
Blah blah blah... He's still a liar and they are still corrupt and greedy. Nothing you can say will ever change that. Period.
Reply · Like · Mark as Spam
3 More Comments
Recent