Apple's iPhone 5c which has been described as a 'flop' outsold BlackBerry Windows Phone, and every Android flagship device in Q4, 2013, notes AppleInsider.

Data from multiple sources, compiled by Seeking Alpha's J. M. Manness, indicates that in the winter quarter Apple sold 31.9 million iPhone 5s units, 12.8 million iPhone 5c units, and 6.4 million iPhone 4S units. That is a ratio of about 2.5:1 for iPhone 5s:iPhone 5c sales. Clearly the iPhone 5s is the preferred device; however, lets compare that to the competition.

The iPhone 5c over doubled BlackBerry's total smartphone sales of 6 million for the quarter. It easily beat sales of 8.2 million Nokia Windows Phone devices which account for a nearly all Windows Phone sales globally.

As you can see in the charts below, the iPhone 5c was in the top three devices for each U.S. carrier, consistently topping every other device but the Samsung Galaxy S4.

While the iPhone 5c may have not performed as well as expected, it certainly didn't 'flop'. 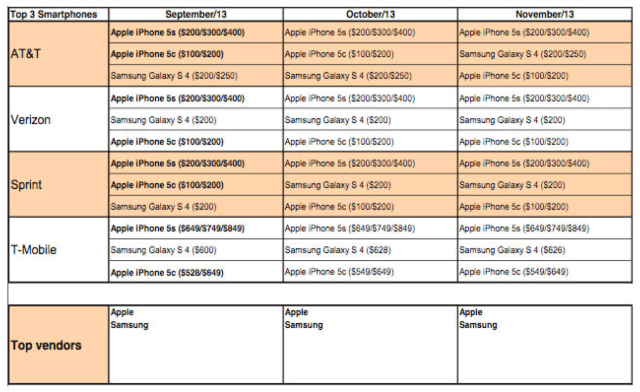 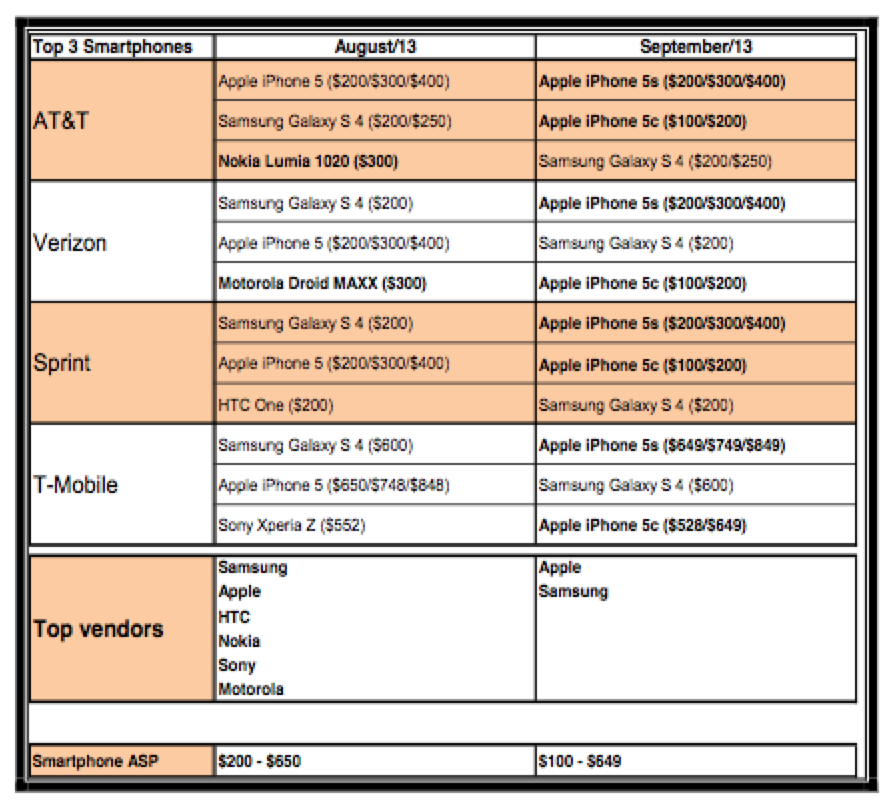 NoGoodNick - March 24, 2014 at 8:13am
Hey Tony Boney I see ur back here moaning and groaning about our beloved IPhone. Listen you troll fag fu€kster no good feces spouting sheep loving incestual fag. If you are so much in love with Samfag phones explain to me why Chinese always have a finger up their noses. They are always picking their noses in public. I was on a tour bus going to an Indian casino and the bus was filled with 80% Chinese and at least 10 of the 40 had fingers up their noses trying to scrape out bug gars
Reply · Like · Mark as Spam

Lolwut - March 23, 2014 at 4:49pm
Who cares if it's a little cheaper than the 5s? It's still a choice people want like you fandroids want, you are putting a little money more for bigger size anyway so both phones with new things is considered spending more for both new phones. Nuffield said.
Reply · Like · Mark as Spam

samsheep - March 23, 2014 at 4:24pm
Well who want big ass screens that serves no purpose and continues to grow big and is still not metal, if you want bigger buy a damn tablet. You herds are too foolish to read the damn chart than to understand your illogical company when apple explains what it does others are "oh apple this apple that" what they don't know it copying gets them nowhere, they are wannabe's of the phone tablet and now ads. Let that hate continue to sync in.
Reply · Like · Mark as Spam
21 More Comments
Recent