Over the weekend, Apple made a change to its "Top Charts" section in the iOS App Store. Now, Apple is only featuring the Top 150 paid, free and top grossing applications, while previously it would show the top 300. Halff the apps that previously relied on the Top Charts for discovery and download, will now have to be found via search or category.

On the desktop, the App store shows the top 200 apps, so the change only is affecting the mobile version of the App Store.

As to why Apple made this change, that’s less certain. Assuming this is not some sort of ongoing bug, it’s reasonable to speculate that this hints at forthcoming changes to the iOS App Store which Apple is planning to announce at WWDC – possibly something that reduces Apple’s reliance on Top Charts as an app discovery mechanism, and increases its focus on app search.

The change is noted to impact middle-tier app publishers the most, noted the CEO at MobileDevHQ. However, Appsfire CEO Ouriel Ohayon argues most users rarely make it to the past the top 150 anyway, so that section was mainly useful for industry watchers.

What do you think of the change? 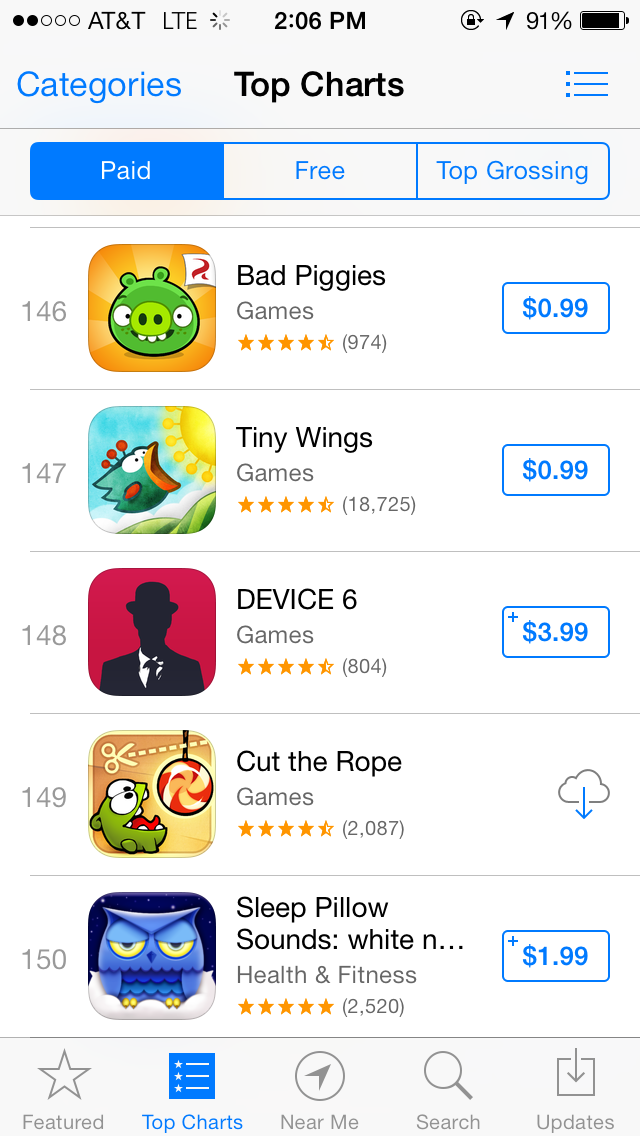 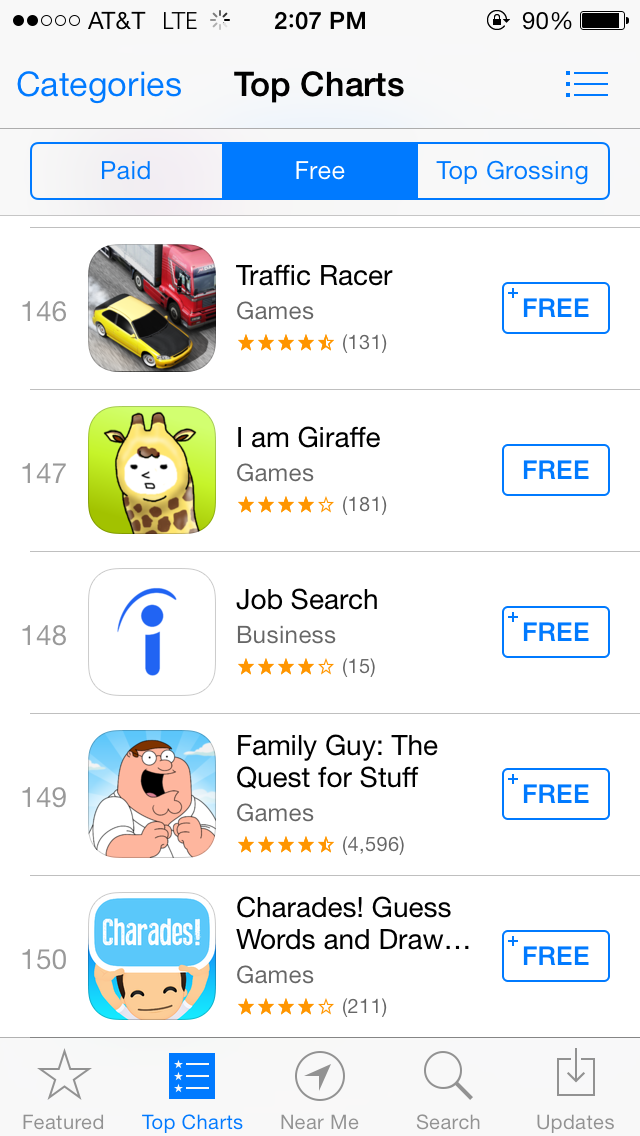 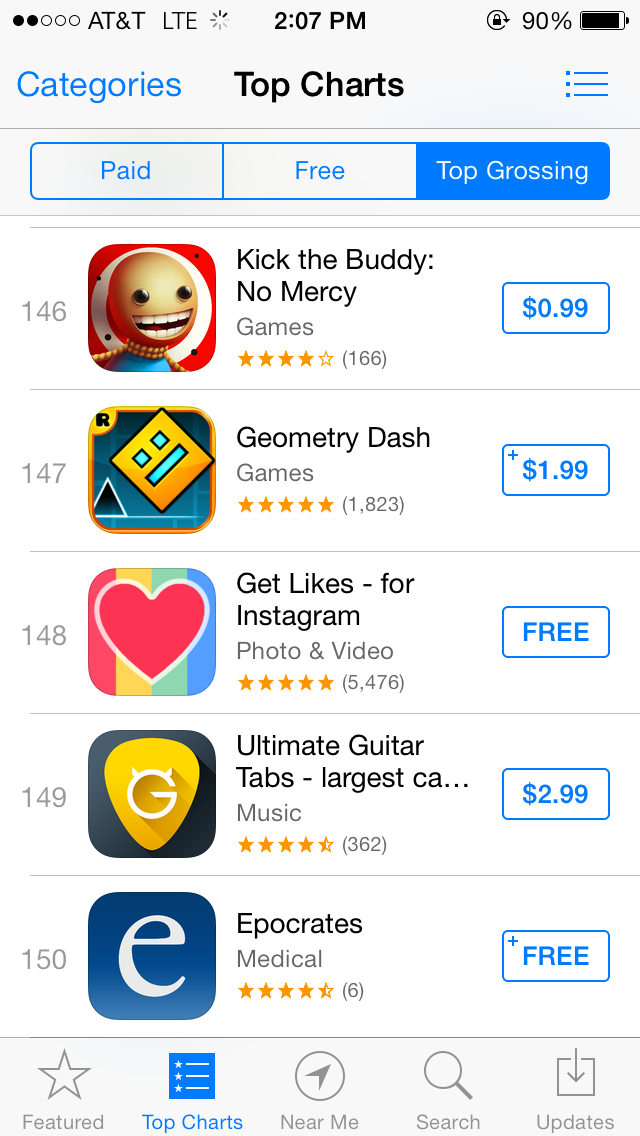 Fukran john - May 28, 2014 at 7:39pm
According to industry leaders and Irumors Crapple soon will start charging for accessing iTunes app.
Reply · Like · Mark as Spam

Fukjohn Rah - May 28, 2014 at 8:03pm
According to trolls, samshit still has nothing better to do but pay them instead of focusing.
Reply · Like · Mark as Spam
Recent