Apple has agreed to a conditional $450 million dollar settlement for conspiring with five major publishers to fix e-book prices, reports Reuters. News of the settlement first surfaced back in June.

But the settlement, which would provide $400 million for consumers, is conditioned on the outcome of a pending appeal of a New York federal judge's ruling last year that Apple was liable for violating antitrust laws. A ruling by the 2nd U.S. Circuit Court of Appeals in New York reversing the liability finding could under the settlement either reduce the amount Apple pays to $70 million, with $50 million for consumers, or eliminate payments altogether. 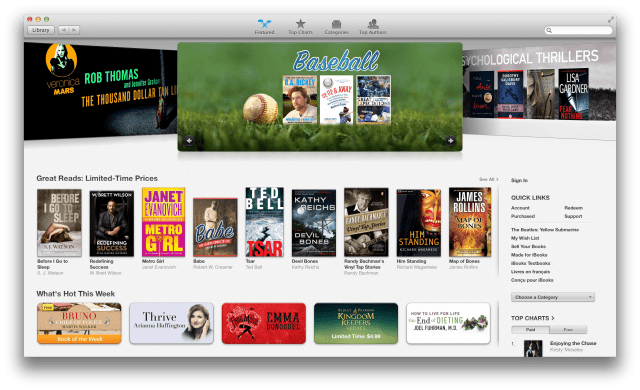 moron police - July 17, 2014 at 1:32pm
iClarified has become a waste of time to read comments like the one we see from the usual morons beit apple fans or samsung fans. iClarified you should start monitoring and banning the morons.
Reply · Like · Mark as Spam

JoshvanHulst - July 17, 2014 at 4:14am
Honestly these publishers conspired to make Apple look bad. I feel bad for Apple losing this case.
Reply · Like · Mark as Spam

DarkSide - July 17, 2014 at 4:38am
Realllllllllly? Apple were the ones that initiated the collusion. Greedy crooks.
Reply · Like · Mark as Spam