The iPhone 6 hasn't launched yet, but that isn't stopping iPhone 6s rumors from popping up. In a note to investors KGI Securities analyst Michael Liu says that Apple will be buying a larger proportion of 14 nanometers chips from Samsung rather than TSMC beginning in the second half of 2015.

But both Apple and Qualcomm will likely buy a larger proportion of 14 nanometer smartphone chips from Samsung rather than TSMC beginning in the second half of 2015, KGI Securities analyst Michael Liu said in a note to clients.

Liu did not detail the source of the information in the note, issued late on Wednesday following an investor conference held after TSMC reported second-quarter earnings.

Apple had inked a deal with chip manufacturer TSMC to produce its next generation 20nm A-Series (A8?) processors for its iPhone 6, reducing its reliance on Samsung, which previously produced the A-Series processors. This new report claims that Apple will shift its chip production from TSMC to Samsung for its smartphone launching in 2015, presumably the iPhone 6s.

Yuanta Securities Analyst George Chang, who also attended the conference, said of Apple and Qualcomm on Thursday that "This is still just a lot of speculation."

"We haven't even seen the iPhone 6 yet, so it's too early to say anything about future products," Chang said. 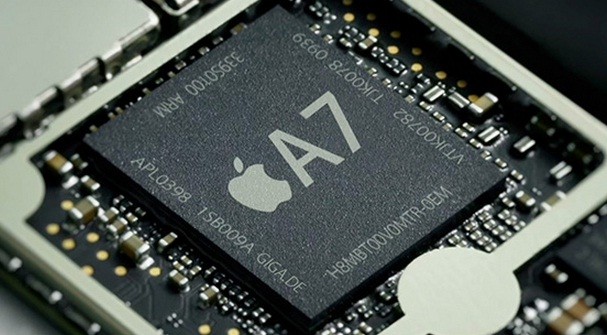