Adoption of the OS X Yosemite beta has nearly doubled since its launch to the public yesterday, reports GoSquared.

Yesterday, the site wrote, "For the first time since 2000, Apple are releasing the beta of an OS X to the public. Around 1 million invites are expected to be sent out this week. This approach means it’s likely we’ll see the highest percentage of users on a yet-to-launch Mac OS ever."

If you haven't already signed up for the beta you can do so here. 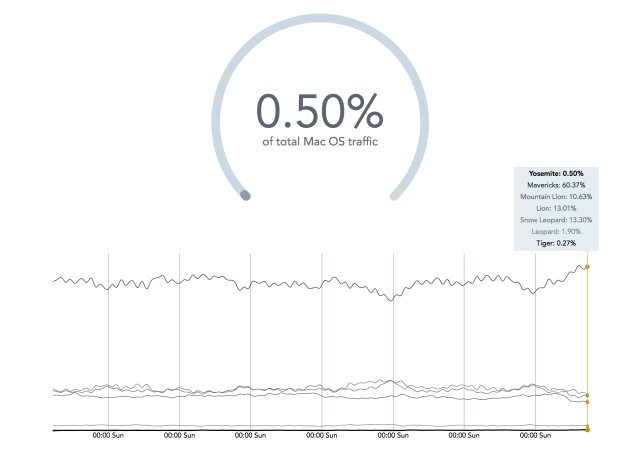 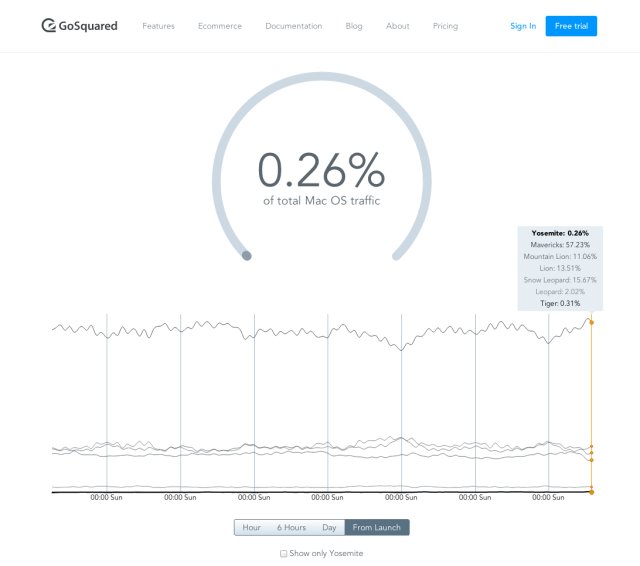 terrance&Philip - July 28, 2014 at 6:33pm
Just reverted back to Mavericks. Yosemite does look good but breaks a whole lot of apps. No way you can use it as your primary. Hopefully the apps get updated soon and we can get to the official release.
Reply · Like · Mark as Spam

Lyness - July 27, 2014 at 1:16am
did you have to backup everything or can you just install yosemite and all your files will stay in tact
Reply · Like · Mark as Spam

! - July 27, 2014 at 6:37pm
Well if u install a BETA ther is no telling what will happen. I would not install it on any partition that you have important data on.
Reply · Like · Mark as Spam

zetaprime - July 26, 2014 at 2:52am
I'm using it as my main system. It works well enough that I can't say I've encountered any important bugs yet. Nothing that affects day to day use. Only minor things like a couple if apps that don't minimize and maximize like they used to. But the os itself seems solid. And it is faster to wake up and get right to work.
Reply · Like · Mark as Spam

Hope 2 - July 27, 2014 at 10:09pm
I create a new virtual machine in VM Fusion for Yosemite beta 1 on my computer. I won't risk my primary computer and upgrade Marvick.
Reply · Like · Mark as Spam
2 More Comments
Recent