A new report from KGI Securities analyst Ming-Chi Kuo offers some details on the iPhone 6 that Apple is expected to unveil next week. Kuo says Apple is planning to unveil both a 4.7-inch model and a 5.5-inch model and both will have a 128GB storage option. This corroborates a recently leaked document which listed storage sizes of 16GB, 64GB, and 128GB.

A new power button on the side of the device will reportedly be programmable, perhaps allowing users to launch a specific app in response to a preassigned action. The smartphone is also expected to have a barometer to measure altitude or forecast weather. The protruding camera will allegedly lose its sapphire coating to make it more resistant to drops.

(1) Due to drop test issues, neither 4.7-inch nor 5.5-inch iPhone 6 will have a sapphire cover lens, we believe; (2) as Apple has strong bargaining power on NAND Flash price, and in a bid to meet the large capacity demand of consumers as well as to differentiate themselves from competing models, both 4.7-inch and 5.5-inch iPhone 6 will come with 128GB; (3) a built-in barometer can provide more indoor navigation applications and health-management applications relating to spirometry; and (4) we predict (discussed in an earlier report) that the power key will be moved from the upper position to the side. We now further predict that the power key could be programmable to be integrated with specific applications, giving more input options in addition to being a power switch.
---

Finally, Kuo says the iPad Air 2 will be announced on the same day as the iPhone 6. Component suppliers are already ramping up production, according to previous reports. It's believed that the update will be relatively minor adding Touch ID, more RAM, and perhaps a slightly thinner casing. 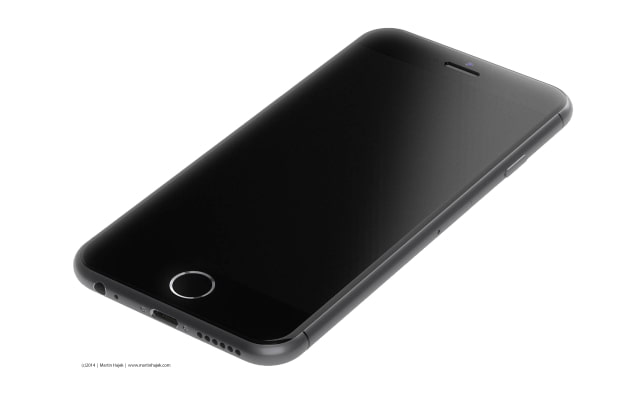 David Blame - September 5, 2014 at 12:04am
So, in reality the only innovations are Predictions, Nostradamus could've told us that.
Reply · Like · Mark as Spam

alejayjohn - September 4, 2014 at 6:28pm
then it's clear , the only "invovations" we will get are : storage slightly changed design 4.7' inch screen and a couple software tweaks ! s-health slightly bigger resolution in conclusion nothing inovative , there lots of smartphone companies that have higher specs than these in the world and i am sure that "SAPHIRE" screen will shatter from the first drop ! all iphones nomatter what are they built off shatter with the first drop and the cost to repair them is giant ! and bam another 699 $ phone with 900 euros prices in europe unlocked ! Will any smartphone company ever think ? " let's revolutionize baterry life " wich is the most important thing in a phone ! no instead they give us ithis , ithat , ithere.... and so on .... !
Reply · Like · Mark as Spam

Galaxy Black Hole - September 4, 2014 at 8:49pm
Or maybe you don't give a sorry iDamn one bit, you looked into iPhone 6 as much as this prediction did, let's judge by looks as if it's a book like it's new when on the outside the cover is different and don't look deeper in the book. If you compare 5s and 6 fully, you'll realize what you rushed your perspective bull shit on. Nothing worthy of your gullible lies anyway. Storage is increased and it's size that's 4.7", storage is measured by gb which is bigger than slightly, because if the new 6 was 68gb it would make sense, but it's 128gb. The other companies, they can go as far as they can with improved parts but what's new ever in their devices compared to apple. Lgg3 is just improved everything, assamsung is just catching up with apple yet barely making different versions with one thing different than just "increasing size" of everything but what about new features in android compared to iOS 8. Sapphire tests proves how hard your thin skull was dropped harder than a durable screen. All iPhones at no cost survive 10 drops fully shattered or not, and costs $10 to replace the screen other than apple store. Will these thoughtless brainwashed disabled shits ever use their brain? Let's judge just by looking outside and thinking outside the box which is what listening to your myths is like 24/7.
Reply · Like · Mark as Spam

alejayjohn - September 4, 2014 at 8:57pm
i have not killed anyone or try to hate on apple , actually i own a iphone 5s and i have owned every iphone there was , what i was trying to say is that they change so little and their competition is booming the market with all kinds of specs ! i agree the android ruins the hardware on samsung phones because is full of bloatwoare ! i meant specwise , we are all entitled to our own opinion you don't have to bang me in the head with everything i said ! i mean we are in 2014 and we still don't have a basic mobile functionality on iphone like bluetooth sending photos music files from an iphone to another phone ! you gotta think about all the stuff that happends now ! nfc is barely coming now when nfc is around for quite some time in other devices , no wireless charging , no customizable things on the phone , everyone has the same phone the same menu ! again i am not hating , i am still gonna stick with iphone but they are moving very slow , changing so little and their phones are still the most expensive ones !
Reply · Like · Mark as Spam

alejayjohn - September 4, 2014 at 9:02pm
i just need them to pull up their pants and inovate the battery life at least ! are you saying you are not tired of having to recharge your phone twice a day ? !!! i mean the battery life on iphones was always terrible ! and the technology for charging a battery in 30 seconds from 10 % to 100% already exists , why don't they buy that technology instead of buying BEATS BY DR DRE for example
Reply · Like · Mark as Spam
15 More Comments
Recent