GT Advanced says that it's agreement with Apple imposed 'oppressive and burdensome terms and obligations' on the company leading to its bankruptcy filing. GT wants the court to void its agreements with Apple and approve a wind down plan to cease sapphire production in Arizona, causing the loss of 890 jobs.

The company also says it has 'many claims against Apple' and asks that 'the order approving the relief requested in the Motion preserve GTAT's claims'.

Here are some highlights from the filings:

Oppressive and Burdensome
Before the Petition Date, on October 31, 2013, GTAT entered into several agreements with or for the benefit of Apple. The agreements shifted the GTAT Group's sapphire-related business model from being primarily an equipment manufacturer/supplier to also being a sapphire materials manufacturer. As discussed in detail in the Supplemental First Day Declaration, the agreements imposed oppressive and burdensome terms and obligations on GTAT. The contracts and leases listed on Schedule 1 to the attached proposed order (each an Agreement and, collectively, the -Agreements' ) provide no benefit to GTAT's estates, and GTAT's continued performance under the Agreements is no longer a viable business option. Accordingly, in the exercise of GTAT's sound business judgment, GTAT believes that the rejection of the Agreements, nunc pro tunc to the Petition Date is in the best interests of GTAT, its estates, and its creditors.

The Agreements govern the business relationship between Apple and GTAT. For the reasons set forth in greater detail in the Supplemental First Day Declaration, GTAT has determined in its business judgment that the costs of continuing to perform under the Agreements constitute an unnecessary drain on GTAT's resources and seeks to reject the Agreements under section 365(a) of the Bankruptcy Code.

Many Claims Against Apple
GTAT believes that it has many claims against Apple arising out of its business relationship with Apple. A number of these claims would allow GTAT to avoid the Agreements or allow GTAT to terminate the Agreements. These claims, however, cannot be tried by the Court at the outset of these chapter 11 cases. To protect GTAT and its estates, it is imperative that the order approving the relief requested in the Motion preserve GTAT's claims. Therefore, out of an abundance of caution and in an effort to protect GTAT and its estate assets, GTAT seeks authority and approval to reject the Agreements nunc pro tunc to the Petition Date, without prejudice to its ability to assert further claims against Apple, which would establish that GTAT could have avoided or terminated the Agreements.

The Wind Down Process:
For the reasons set forth in the Supplemental First Day Declaration, GTAT must wind down its sapphire operations at the Mesa facility and the Salem facility as soon as possible. This drastic step is necessitated by GTAT's liquidity crisis and the ongoing cash burn from its operations at these locations. Under these circumstances, it is GTAT's business judgment that a wind down of these operations represents the best possible avenue to preserve GTAT's business in the long run.

However, merely pulling the plug is not a viable option given the significant value of GTAT's equipment at these facilities (most notably, the sapphire growing furnaces) as well as the significant value of the sapphire boules that are currently being grown in the furnaces (a process that can take up to 30 days). For these reasons, GTAT has developed the Wind Down Process, which will allow GTAT to wind down its sapphire manufacturing operations in as orderly a manner as possible while preserving the value of its assets. Specifically, the Wind Down Process consists of the following steps.

First, a crew of approximately 75 employees will continue to monitor the sapphire growth currently in progress, remove the sapphire boules from the furnaces (when ready), and then prepare the boules for sale (which requires cleaning and further processing). These tasks are critical. Simply shutting down the furnaces would interrupt the sapphire growth process mid-stream, resulting in the loss of the entire boule (which, if fully grown, has a market value in excess of $20,000). GTAT expects that this process will be completed within 30 days of this Court's approval of this Motion and GTAT's motion to reject the Apple agreements. Thus, GTAT expects that this phase can be completed by mid-November 2014

Second, once the sapphire boules have been removed from the furnaces, the furnaces must be decommissioned and put into hibernation. This process requires cleaning the furnaces and initiating a quiescent vacuum mode of operation to prevent contamination and corrosion of critical components. In addition to the furnaces, GTAT's other equipment, including the equipment to fabricate the sapphire boules, must also be cleaned and sealed. Absent this decommissioning, this equipment would lose significant value and could, moreover, become damaged during transport (if any). GTAT anticipates that this second step will require approximately 15 employees.

Third, GTAT must shut down and clean up the Mesa facility, including the various supply systems for process cooling water, compressed air, helium, coolant, and power to the furnaces. In addition, all raw material, work in process, finished goods, and other assets must be inventoried, put in storage, and secured. GTAT anticipates that these tasks will require approximately 35 employees. GTAT estimates that steps two and three should be completed by December 31, 2014.

Apple has yet to issue a statement on these latest allegations from GT. 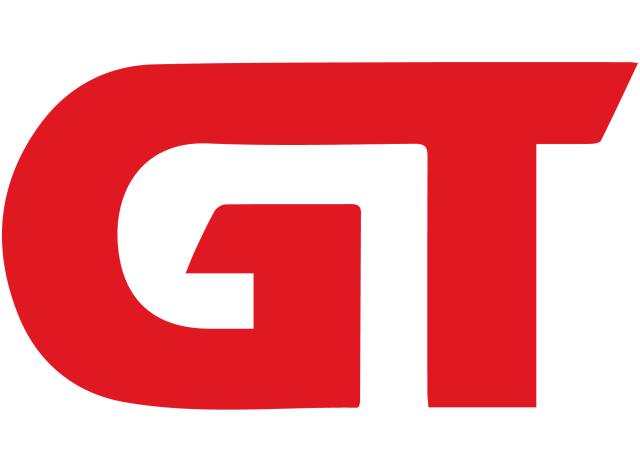 The Jett - October 12, 2014 at 9:38am
Burdensome and oppressive - you mean like any other loan? (Mortgage, car loans, education loans, credit cards) No one is excited and thrilled about debt! I can't use that excuse to get out of paying for my education or house. The court needs to shift blame to management and give adequate severance to workers before management (so that the management doesn't get a hefty bonus as an incentive for a 'tidy and timely shut-down)
Reply · Like · Mark as Spam
2

KMC King - October 11, 2014 at 5:55pm
Why accept a contract that you can't fulfill? No one forced them to sign the contract. Dumbass GT Advanced can only place the blame on themselves.
Reply · Like · Mark as Spam

Judge Dreed - October 11, 2014 at 7:05am
Apple has a tight contract and if you can't deliver, you will lose a lot more than your petty cry for Oppressive and burdensome claim. Accept a contract you can't deliver will get you more than a slap in the hand, it will bankrupt your reputation, records and potentially everything you own. Your great grand kids will feel the pain.
Reply · Like · Mark as Spam
2

SimonSays - October 11, 2014 at 5:00am
So these greedy bastards thought they could deliver what apple wanted, they failed and now they are crying for help because apple refuses to pay them for their failures? I really hope the judge sees through their bullshit and doesn't let them wind down their operations. Putting 850 people out of a job is a crime in itself!
Reply · Like · Mark as Spam
10 More Comments
Recent