Nearly a million credit cards were linked to the Apple Pay service within the first days of its launch. In today’s Tech Report, Rich DeMuro goes on a shopping spree with Apple’s Eddy Cue, who led the team that invented the new way to pay.

Cue met DeMuro in Santa Monica where they ordered food from Panera's app, paid for it with Apple Pay, then walked inside to pick it up.

They then headed to Bloomindale's where Cue was able to purchase sunglasses using Apple Pay. Notably, a purchase over a certain amount requires a signature. This safety mechanism is built into many credit cards.

Next the two hit the Disney Store where DeMuro picked up two dolls from the movie 'Frozen'. No signature was need to purchase these items as their value wasn't too high.

Finally, Cue and DeMuro ended up at the Apple Store where Cue noted that the iPad also supports Apple Pay for in-app transactions.

Take a look at the full video below... 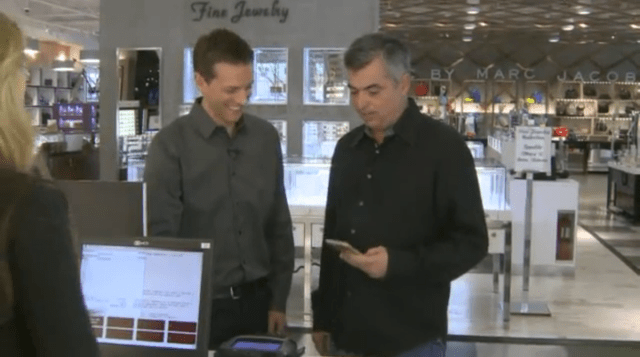