Pocket Whip uses the iPhone's built in accelerometer to sense how the user is wielding the whip. Users can move their iPhone or iPod touch from side to side, up and down or in a circular motion above their head to create various, realistic, wooshing sound effects. Users can then flick their wrist to create a biting crack of the whip. Pocket Whip creator, Ellory Elkayem, has clearly brought his considerable experience directing Hollywood movies to bear on this simple yet highly effective iPhone application. Elkayem created the wooshing and whipping sound effects himself with an actual stock whip and a digital recorder.

Elkayem has also included a music button on Pocket Whip so that users have the option of adding suitable music as they wield their whip. App City is now gearing up to release Pocket Whip Pro. Pocket Whip Pro will allow users to tame a lion, drive a horse and buggy and even spice things up in the bedroom. Each scenario will have a music button that will allow users to add appropriate mood music according to the situation they choose to immerse themselves in. Personally speaking, I can think several friends and colleagues that I'd like to try this app out on. Just for fun of course. 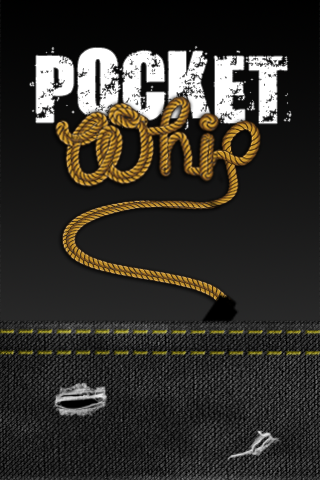