Apple has announced that iOS 8 adoption has reached 64% as measured by the App Store on December 22nd. That's an increase of just 1% from December 8 when Apple last measured the number.

Adoption of iOS 8 was initially slower than iOS 7; however, it has been increasing steadily. Holiday sales of the iPhone 6 and iPhone 6 Plus are also likely to increase usage of the new operating system. It will be interesting to see how Christmas Day activations of new devices impact iOS 8's adoption rate. 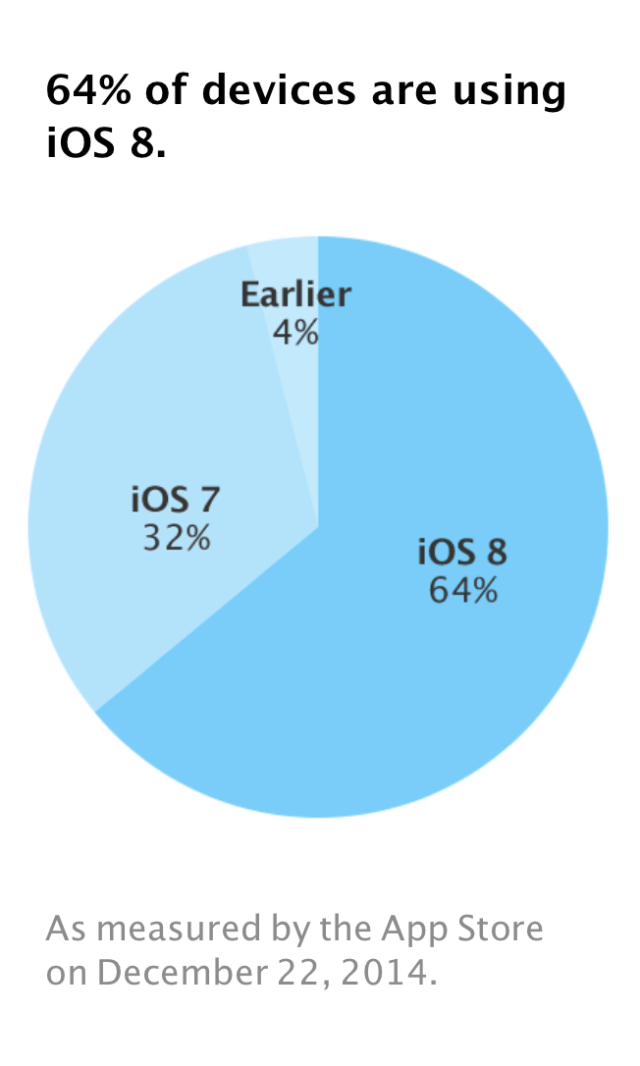 kiera56545 - December 26, 2014 at 11:29am
You are also tell me when I saw you last in lea_ you uh... you're working to your gonnabuild a house where your sense we lost the greater you're working towards that yet they're color ships remember who's in Mexico and I say I’m starting my own country comes to a piano the Mexicans for half kidding right uh... schools and at this and tell me about the run_ eking you physically do this stuff yourself for you hire people to do well isle of learning how to do things like that I’m not graded a lot of things but by you know I can build a mound of Tarzana building by hand like in the backyard. Visit it! To get more information >>>>>> http://www.optimalstackfacts.org/lifeforce-t-boost/
Reply · Like · Mark as Spam