The first Microsoft retail stores will be opening up in Orange County and Arizona, specifically Mission Viejo and Scottsdale.

Earlier this year they announced their plans to open retail stores this fall.

"We really picked them because they're hot markets," she said. "Scottsdale is one of the fastest growing markets in the U.S. Mission Viejo is consistently rated one of the best places to live."

The stores will carry Microsoft hardware and software, including laptops, Xboxs and Zunes. 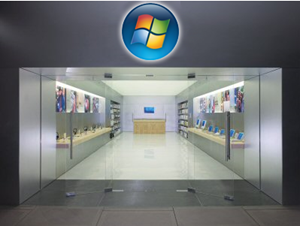 mateen - July 29, 2009 at 4:48pm
Microsoft retail stores will actually be owned by Microsoft
Reply · Like · Mark as Spam
Recent