A reference to an unknown iProd1,1 has been found in the latest beta of iPhone OS 3.1, according to ArsTechnica.

An updated USBConfiguration.plist in the most recent version of iPhone OS 3.1 beta offers compelling evidence that Apple has continued development on an unknown device, referred to as "iProd," that was first discovered in March. A developer alerted us to the appearance of the new device description for iProd1,1 inside the configuration file. As most Apple devices are assigned the "1,1" designation in the first revision, this leads us to believe that there is indeed an unknown product inside of Apple under active development running the iPhone OS.

When the reference was first discovered in March it was described as iProd0,1. It's thought the change from 0,1 to 1,1 indicates that the device is no longer a prototype and may be getting closer to production.

The device has a new productID of 4762 (versus 4757 of iProd0,1) and its assigned ConfigurationDescriptor is "standardMuxPTPEthernet." 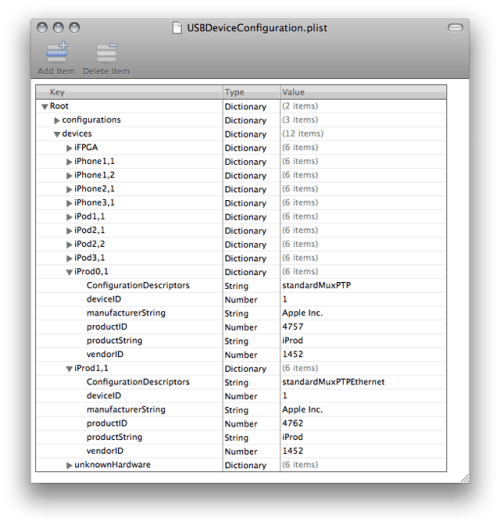