SlingMedia has submitted SlingPlayer v1.1 to the App Store for approval by Apple, according to a BoyGeniusReport.

New in this version is true 16×9 wide-screen support, an improved remote control interface, and faster speeds all around including channel changing, initial connection, and remote control response.

Gizmodo notes that the new version will connect directly to the DISH receiver to "draw" the guide on the iPhone instead of just streaming a picture of the guide. It also has search and filtering features "that are not possible even when sitting in front of your TV."

SlingMedia has also submitted a version specifically for outside the United States that has 3G support built in. AT&T has requested Apple block SlingPlayer from using 3G in the USA due to the strain it would supposedly put on their network. Hopefully, Apple will at least approve international use of 3G for the app. 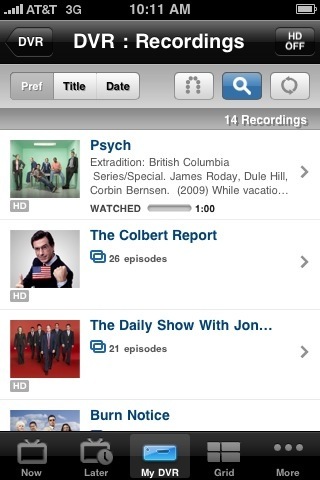