FutureTap has announced the immediate availability of "Where To?" 2.0 in the iPhone App Store. Initially launched in July 2008, Where To is one of the App Store's veterans, launching on the day the App Store opened its doors. To date, it has sold over 135,000 copies and has received numerous accolades including an Apple staff pick. Where To is best known as a worldwide points of interest finder that utilizes the iPhone GPS and doesn't require the user to do any typing.

The new 2.0 version greatly enhances the user experience by making use of several iPhone OS 3.0 features. It uses a built-in map to display the results right within the app. To find out more about a specific location, the user can quickly make a phone call to the business. The user can also visit the business website right within Where To using the integrated web viewer. Then, the user can get driving directions using maps, add the destination to his contacts or share it using email, SMS or the clipboard.

"When we acquired Where To in December last year, we had a clear vision of how to evolve the app into an integrated location finder." says Ortwin Gentz, FutureTap CEO. "While there are still more things to come in the future, the 2.0 release is a good match of what we envisioned."

Thoughtful details make the app perfect: When the user taps the locate-me button, the map auto-follows the current GPS position and auto-reloads new results while moving. If desired, the iPhone's automatic screen lock can be disabled.

Pricing and Availability:
Where To 2.0 works on any iPhone or iPod touch running iPhone OS 3.0 or later and is available for $2.99 (USD) on the iPhone App Store. Until August, 23 the app runs at an introductory price of only 99 US cents (66% off). More information including a screen cast is available on the FutureTap website. If you're interested in reviewing Where To we'll gladly provide a promo code on request. 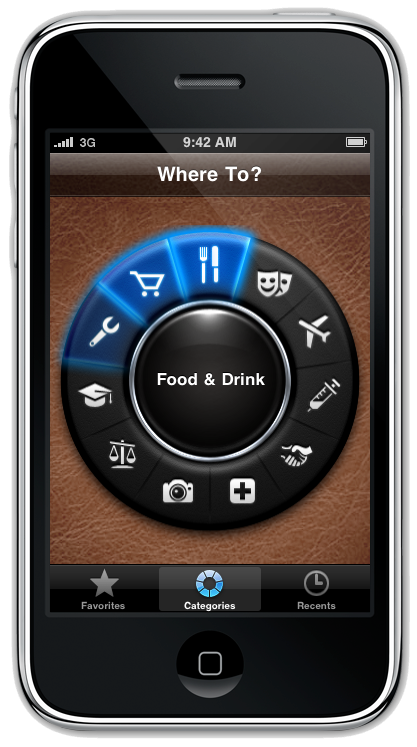 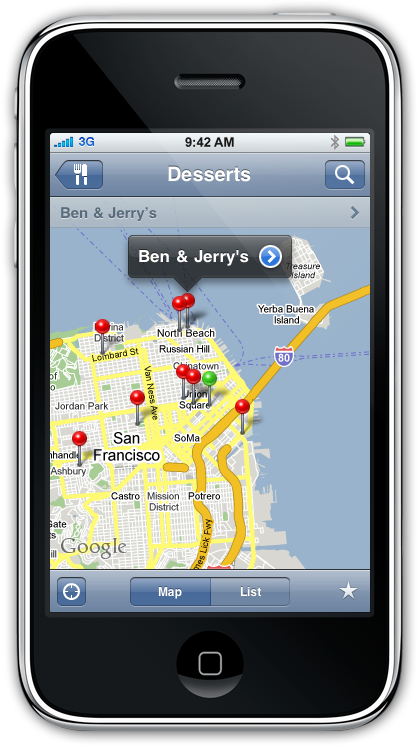 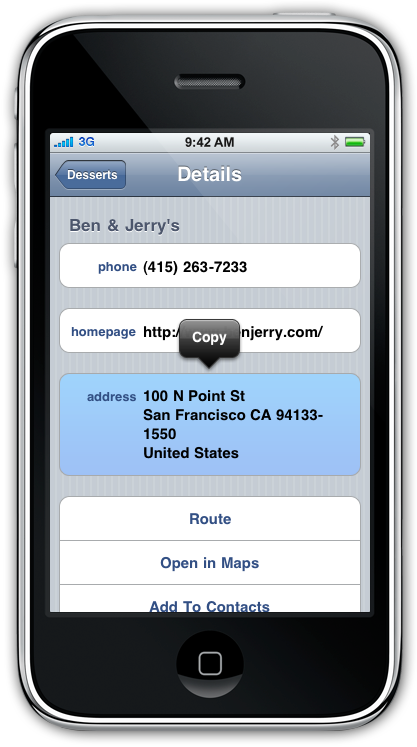 Henry Navarrete - August 11, 2009 at 11:36pm
I've heard good stuff of Where To? and would like to finally test it. I would like to receive a promo code so I can test it out. I will gladly review the app as well.
Reply · Like · Mark as Spam
Recent