Apple has released iOS 8.4 Beta 2 to developers for testing.

This beta version of iOS 8.4 contains bug fixes and improvements.

We'll let you know if there is any new features in the build. The first beta of iOS 8.4 brought a revamped Music app. 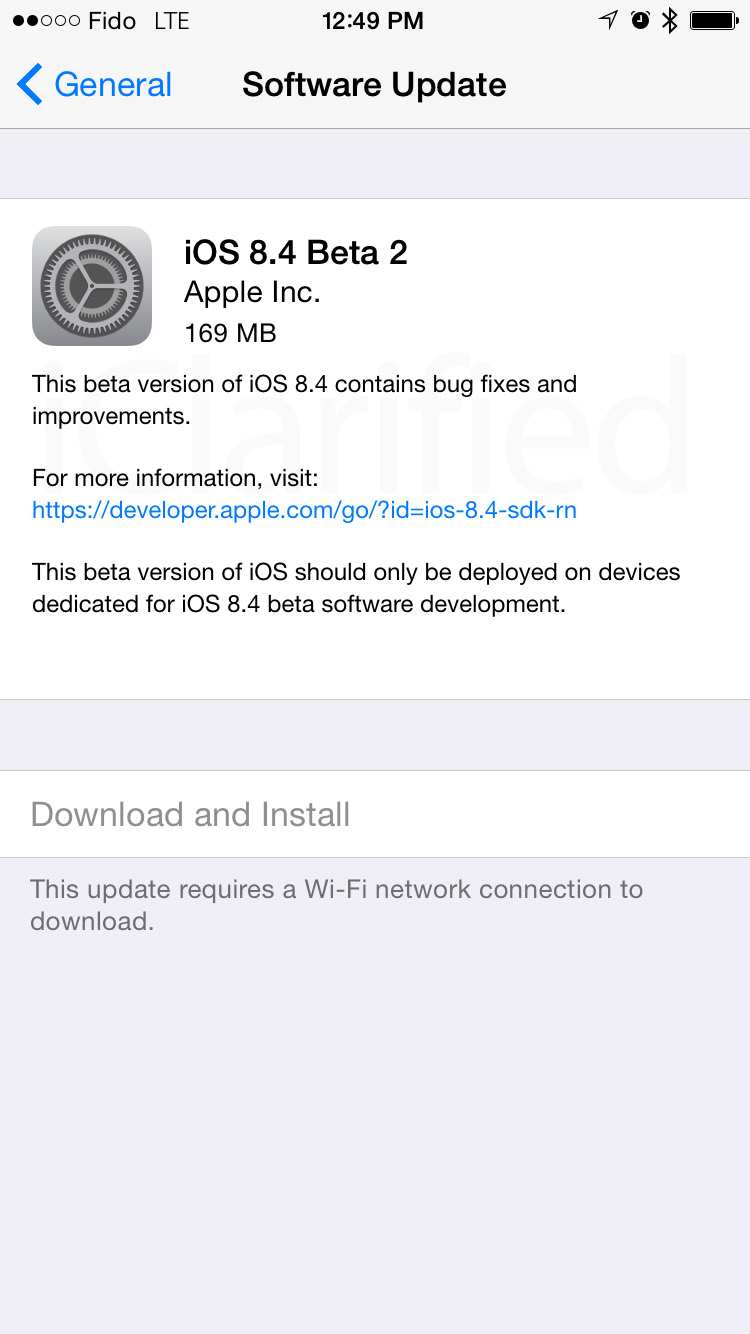 Carsten - April 27, 2015 at 7:42pm
Before updating, do read the message in the feedback assistant app. I didn't receive the announcement notification. There are enough issues known. You might not want to update. Why weren't any of these issues mentioned in the article, like the homesharing option not being available for instance
Reply · Like · Mark as Spam

Carsten - April 27, 2015 at 6:36pm
Don't know if anyone is using homesharing in the music app, but in this beta it's gone for me. In settings - music at the bottom you now only see an iTunes Match option but homesharing is gone. I'll bee called about it tomorrow. If anyone already figured it out let me know. I've looked throughout the whole music app but sharing option isn't there either
Reply · Like · Mark as Spam
Recent