A leaked schematic posted by Nowhereelse.fr allegedly reveals the dimensions of the rumored iPad Pro / Plus.

From the image below you can also see four speakers built into the ends for stereo sound as previously rumored.

Recent reports have suggested that Apple will use a low power-high resolution oxide thin film transistor (TFT) panel for its next generation iPads.

There have also been some leaked case photos for the iPad Pro which you can see here. It's predicted that Apple will release the device in the third quarter of this year. 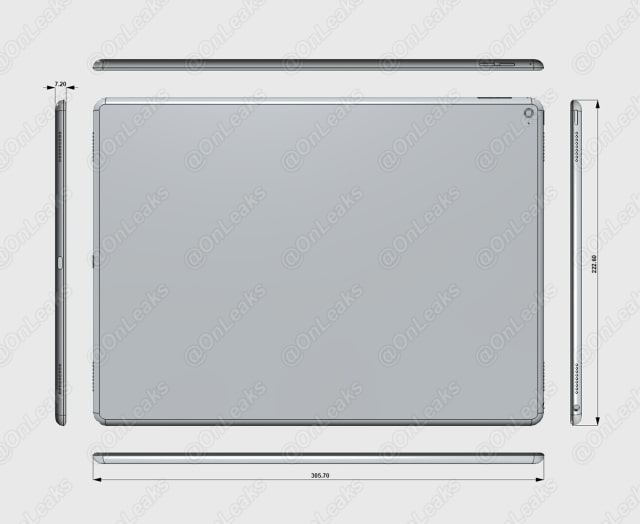