SIRIUS XM Radio today introduced XM SkyDock, the first satellite radio controlled by an iPod touch or iPhone. The XM SkyDock is also one of the first products to take advantage of the new hardware control capabilities of iPhone OS 3.0.

Designed for easy use through the existing vehicle audio system, SkyDock has a built-in XM tuner controlled by a free App that users download from the App Store. The App allows control of the XM tuner using the capabilities of the iPod touch or iPhone Multi-Touch user interface. SkyDock will also charge iPod touch and iPhone devices while listening to live satellite radio.

“XM SkyDock will allow millions of users to add live SIRIUS XM Radio capability to their iPod touch or iPhone while in their vehicle,” said Bob Law, Group Vice President and General Manager, After Market Division, SIRIUS XM Radio. “XM SkyDock makes their favorite programming from XM and ‘The Best of SIRIUS’ available to iPod touch and iPhone users anywhere they drive, coast to coast.”

Listeners can use their iPod touch and iPhone to listen to all their favorite sports, talk, news, entertainment and commercial-free music programming, including Oprah Radio, MLB Home Plate, the PGA TOUR Network, Opie & Anthony, Bob Edwards, Jamie Foxx and Blue Collar Comedy. For the first time, subscribers can also listen to the complete “Best of SIRIUS” package, including Howard Stern and his two 24/7 channels, Martha Stewart Living Radio, SIRIUS NASCAR Radio, sports play-by-play and the Playboy Radio channel, all controlled by the iPod touch and iPhone.

The XM SkyDock is a perfect companion to the SIRIUS XM Premium Online App, which allows subscribers to receive SIRIUS XM’s Premium Internet service on their iPhone and iPod touch when they are out of the vehicle and on-the-go, at home, or at the office.

XM SkyDock comes with SIRIUS XM’s patent-pending PowerConnect™ technology, which simplifies Do-It-Yourself vehicle installation, working through the existing vehicle radio and making it easy to move from vehicle to vehicle. An Aux In Cable is a standard in-box accessory to facilitate Aux In connections in vehicles with Aux In capability. SkyDock’s flexible stalk optimizes the iPod touch or iPhone placement in the vehicle. Customers can view the touch-screen interface in portrait or landscape modes. Accessories include Magnetic Mount Antenna and spacers to accommodate the various iPod touch and iPhone product generations. 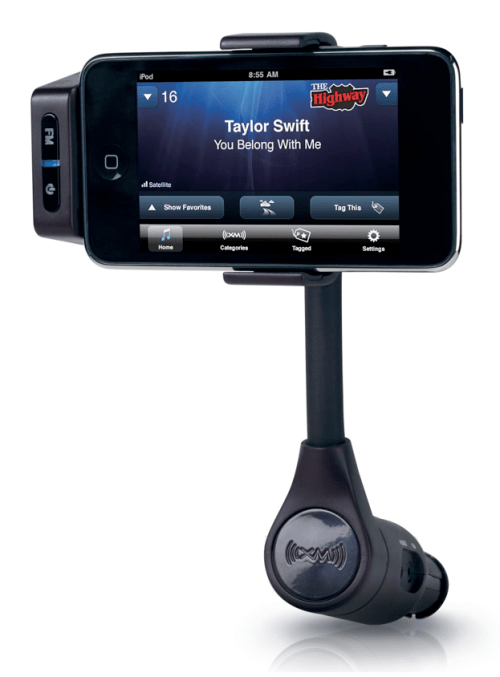 loan - August 15, 2012 at 6:05am
Lots of specialists tell that home loans goodfinance-blog.com help people to live the way they want, because they can feel free to buy necessary goods. Moreover, various banks give commercial loan for different classes of people.
Reply · Like · Mark as Spam
Recent