Skype for iPhone is finally available for Canada five months after the rest of the world, according to CBC.ca.

Skype's Canadian iPhone delay was the result of a licensing issue over how it plays sound. The application has already been available for other mobile phones, including those running Microsoft Windows, for some time.

A territorial restriction on an audio codec — a program for compressing data used specifically by the iPhone — was the sticking point that prevented Skype from rolling out to Canadians in March, at the same time as the rest of the world

"Unfortunately Canada was not part of the allowed geography at the time, but that's been taken care of," says Tom Yeung, Skype's director of market development.

Canadians can use the link below to download the application now! 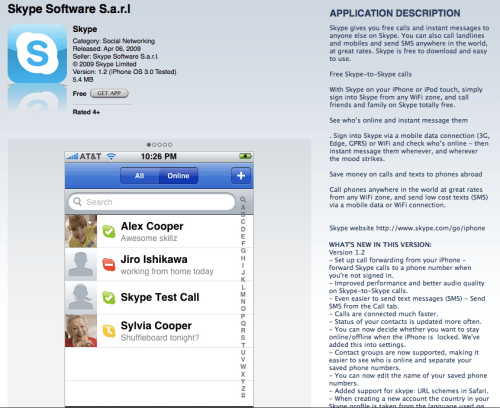