Stone Design has released a free upgrade to its top-selling iPhone Twitter client Twittelator Pro. Twittelator Pro was recently featured at the top of the Summer's Hottest iPhone Apps in an Apple/AT&T full page ad in the Wall Street Journal, New York Times and USA Today, and runs on all models of the iPhone and iPod Touch.

"We've broken into some new territory with tweetable themes" said Stone Design CEO Andrew Stone, @twittelator. "Users can unleash their artistic abilities and create literally billions of different themes to suit their taste and mood, and with one tap, share the theme with their friends. Friends will see the theme in it's full glory in their timeline and can install it with one tap."

V3.2 introduces the ability to upload your photos directly to your own WordPress site when you install the free TweetPress Plug-In, and to claim your own shortened links produced by bit.ly.

"TweetPress is the Wordpress Plug-In that gives you total control and ownership of the photos you post to Twitter, sending traffic back to your own blog, instead of a third party site", said Brandon Trebitowski, software developer, "You can even set it up to allow friends and colleagues to post their photos and messages too." Twittelator Pro is the first to take advantage of this ability to post photos directly to your own blog or any page in your blog. Get the TweetPress PlugIn for WordPress!

The key new features recently added to Twittelator Pro v3.2 include:
* Create and tweet custom themes choosing font, size, and colors
* Install friend's custom themes with just one tap
* Upload your photos to your own WordPress site using TweetPress
* Claim ownership for URLs you shorten with bit.ly
* Option to hear a swoosh sound when tweets get sent
* Sent and Received Messages accessible from same view
* Option to see a self-dismissing popup when tweets get sent
* Translate a tweet into your native language
* Shoot, Edit and Upload Video tweets (requires iPhone 3G S)
* Support for uploading videos to YouTube via TwitVid
* Send really long tweets (aka blogs) via TwitLonger
* Muting (temporarily ignoring) tweeters without unfollowing
* Record and Upload Audio tweets (all models - Touches require mic)
* Shake to Refresh
* Copy just part of a tweet
* 5 fun bird sounds when you get new tweets via autorefresh
* Offline tweeting and reading - great for iPod Touches!
* Shake to undo composed tweets before publishing
* Paste an image from another application into your tweet
* Instant access to over 560 dingbats and colorful emoji
* Email tweets and links without leaving the application
* See street map, satellite map or hybrid map of the location of any tweeter
* Set your location as a placename accurately using Google's reverse geocoding
* Ready for second coming of the Twitpocalypse (> 4,294,967,295 tweets)

With so many other power features including multiple accounts, unlimited drafts, offline tweeting, unlimited sub groups of friends, Twittelator Pro v3.2 packs the most features into a Twitter client, mobile or desktop.

"Twittelator has been so successful and the twitterverse response to it so positive that we just keep going," remarked Mr. Stone. "What has been particularly gratifying is to see our features get picked up by other clients, even on the desktop platform!"

Pricing and Availability:
Twittelator Pro 3.2 is only $4.99 (USD) and available exclusively through the App Store. Twittelator Pro was chosen as Editor's pick for best iPhone Twitter client by Mac|Life in May 2009 issue. 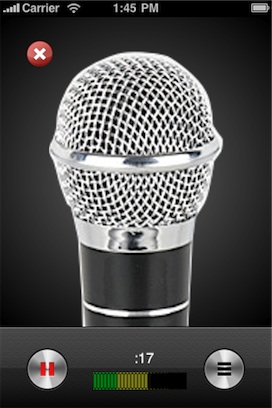 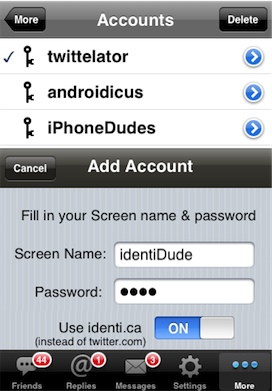