Apple has released the first beta of iOS 9.3 to developers for testing. The build number is 13E5181d.

In iOS 9.3, the Apple Watch app can pair multiple watches at a time. However, all watches
must be running watchOS 2.2, which is only available through the developer seed.

Apple has also provided developers with a new Configuration Profile which can be downloaded to your iPhone, iPod, or iPad for over-the-air updates. 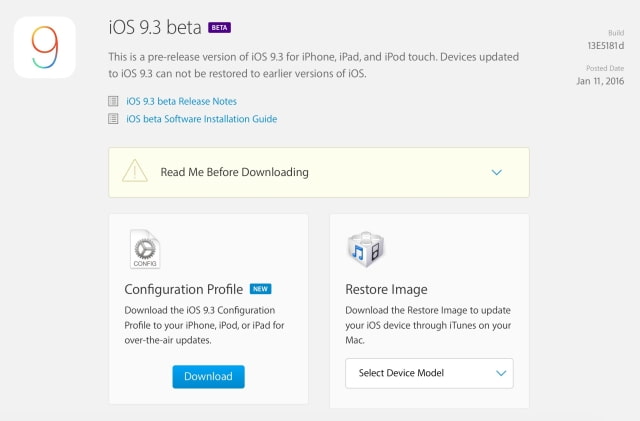