Apple has released a major update to GarageBand for iOS introducing new features, including Live Loops, a fun way for anyone to make music like a DJ using only their iPhone or iPad.

"GarageBand is the most popular music creation app in the world, and this update helps everyone easily tap into their musical talent with the powerful new Live Loops and Drummer features, and adds support for the larger iPad Pro screen and 3D Touch on iPhone 6s and iPhone 6s Plus," says Philip Schiller, Apple’s senior vice president of Worldwide Marketing.

“I recorded my first album using GarageBand and I continue to use it in my music today,” said T-Pain, Grammy Award-winning artist and producer. “I love how the new Live Loops in GarageBand lets me quickly build tracks and beats, and even perform effects like a musical instrument. It’ll change the way an entire generation makes music.” 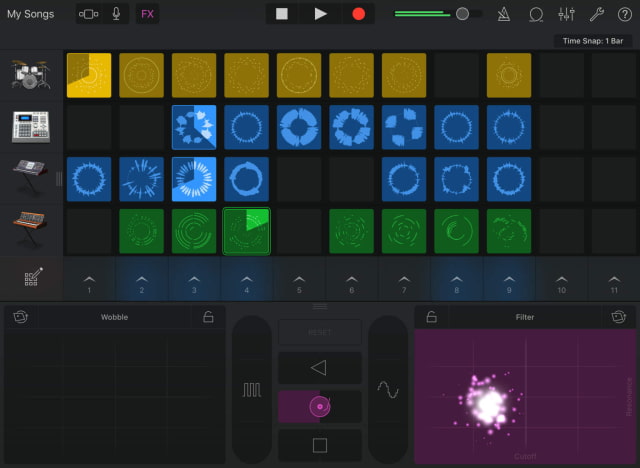 The new GarageBand 2.1 update introduces Live Loops, an entirely new and intuitive way to create amazing music. Inspired by DJ hardware controllers and drum machines, Live Loops makes it easy for anyone to create music by simply tapping cells and columns in a highly visual grid to trigger different looped instruments and samples. The loops can be performed, arranged and remixed live, and GarageBand automatically keeps all the beats in sync with perfect time and pitch. To get you started, Live Loops comes with a library of Apple-designed loop templates in a variety of genres including EDM, Hip Hop, Dubstep and Rock, or you can create your own loops from scratch.

GarageBand gives you access to more controls and room to play on the new iPad Pro. On iPhone 6s and iPhone 6s Plus, the app now supports 3D Touch. 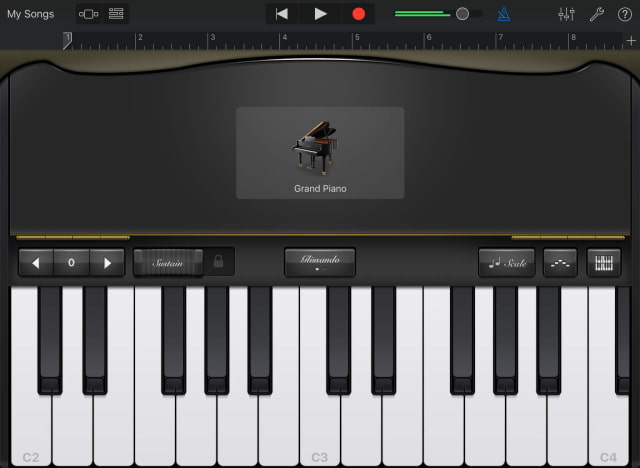 What's New In This Version:
• Use Live Loops to create music by triggering instrument loops and DJ-style effects in real time using Multi-Touch gestures*
• Add a virtual Drummer to your song who takes direction and performs realistic acoustic & electronic drum grooves
• Record adjustments of any Touch Instrument control knob in real time
• Create and edit automation curves to control the volume of any track
• Shape the sound of a Touch Instrument or audio recording using Simple EQ and Compressor
• Plug in a bass guitar and play through vintage and modern bass amp rigs
• Adds over 1,200 new Apple Loops and sounds
• Record up to 32 tracks simultaneously**
• Use third-party instrument apps in your song with Audio Unit Extensions***
• Directly import or export GarageBand projects using iCloud Drive
• Use 3D Touch to play keyboard sounds with polyphonic aftertouch**** 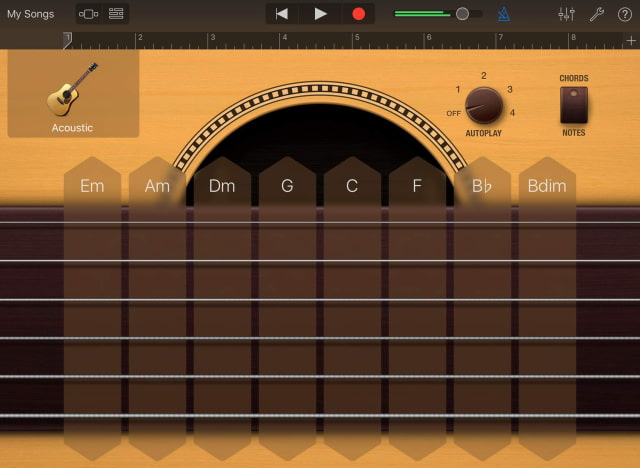 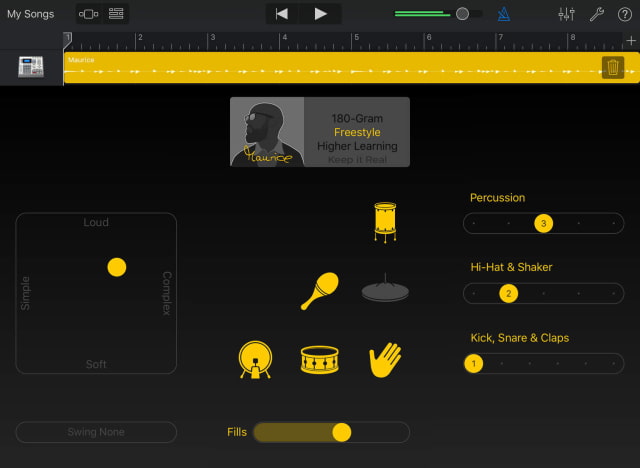 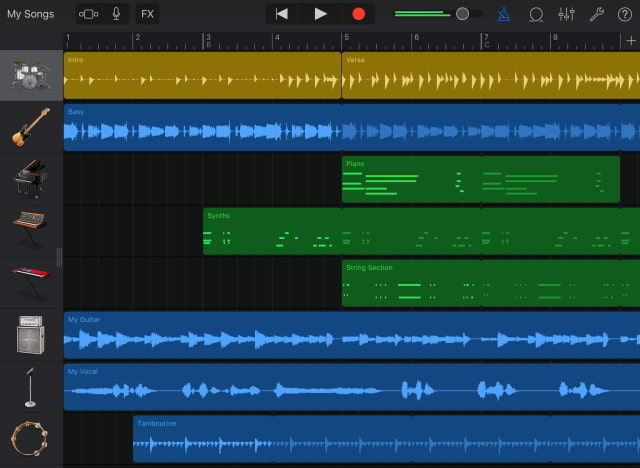