T-Mobile tops OpenSignal's State of Mobile Networks: USA report for February 2016, besting AT&T and Verizon in both 3G and 4G network speed. Additionally, the company's coverage reached 81% in the fourth quarter. It now nearly matches AT&T in LTE availability and is closing the gap with Verizon.

According to our measurements, T-Mobile is delivering on Legere's boasts. In the fourth quarter, T-Mobile had an LTE time-coverage metric of 81%, which means its 4G customers were able to see an LTE signal 81% of the time in our tests (for more information on time coverage see our methodology page). T-Mobile's recent improvements now put it a little more than a percentage point away from matching AT&T in LTE network availability and helped it close the bigger gap between itself and Verizon. Sprint brought up the rear with a time coverage of 70%.

T-Mobile's 3G speeds are way faster than its competition and it just edged out Verizon as the fastest 4G network.

In past reports, T-Mobile has bested all operators in speed, but in the fourth quarter T-Mobile and Verizon were almost evenly matched. T-Mobile's 12.3 Mbps LTE average just barely edged out Verizon’s average of 12 Mbps, making it a statistical tie (AT&T and Sprint didn’t even come close). We delved deeper into our data to compare LTE speeds in the eleven biggest metro areas and found Verizon and T-Mobile battling out just as intensely on the local level. T-Mobile won the contest in four markets and Verizon won it in three, while three cities were statistical draws between the two (the 11th market, Houston, was a statistical tie between all four nationwide operators).

Notably, OpenSignal reports that United States is falling behind globally in LTE speed. Many countries now offer a consistent 20 Mbps or faster connections; however, in the US the average is 9.9 Mbps. That's the same as Argentina, a country that just got LTE a year ago.

Take a look at the charts below or hit the link for more details... 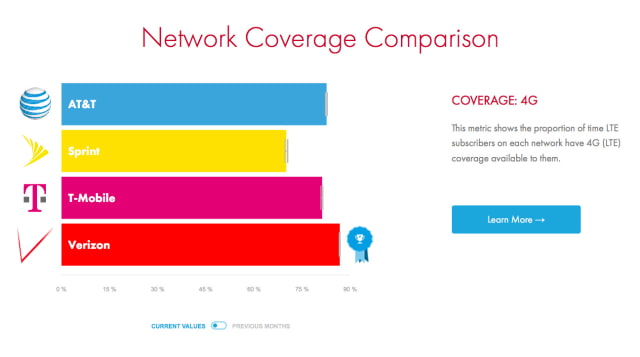 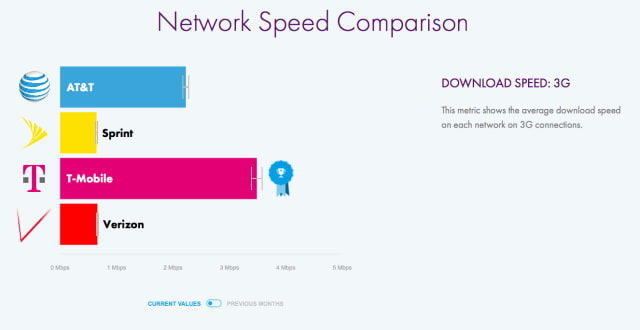 Jim Crusan - February 4, 2016 at 10:28am
Last time I went on a cross country trip, anytime I lost TMO signal, the phone automatically went to AT&T's network. So your never without some kind of signal. I believe that agreement between the two is still in effect.
Reply · Like · Mark as Spam

reynagacar - February 3, 2016 at 1:37pm
YouTube is accusing T-Mobile of interfering with its video traffic and delivering media to users at a lower quality, reports the WSJ.
Reply · Like · Mark as Spam

Qba - February 2, 2016 at 9:34pm
Whatever, this is not accurate but I know for sure that Sprint needs to go out of business .thank you
Reply · Like · Mark as Spam
12 More Comments
Recent