Microsoft has acquired London-based SwiftKey, a popular predictive keyboard for smartphones that is powered by artificial intelligence, reports the Financial Times

Jon Reynolds and Ben Medlock, who founded the company in 2008 when both were in their 20s, will each make upwards of $30m from the buyout, which is set to be announced this week. The pair together own a substantial minority stake in the company after raising a relatively small amount of venture capital, just over $20m, from backers including Accel Partners, Index Ventures and Octopus Investments. 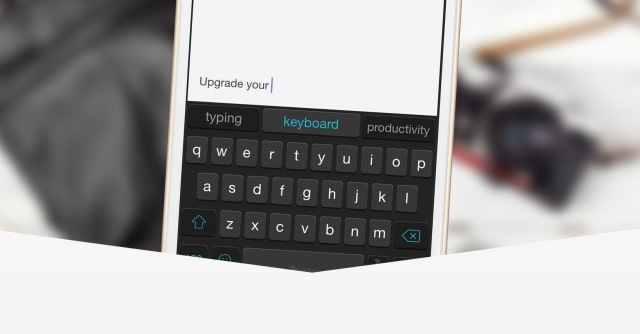 While the deal is one of the biggest in recent memory for a U.K. tech company, it's less than investors might have hoped for a few years back when SwiftKey was at its height of popularity. The company struggled to find a good business model. Initially the keyboard sold for $4 but then was switched to free with in-app purchases. SwiftKey also earned revenue when it was pre-installed by on Android and BlackBerry devices.

Gabe - February 3, 2016 at 11:23am
The only problem with these third party keyboards, that bugs me to no end, is that, when activated it gets rid of the damn mic button for talk to text. So every time I want to use it, I have to switch back to the stock keyboard to get the button back. Then, switch back to the other keyboard again. It's extremely annoying. And I know I can't be the only one who is enamored by this.
Reply · Like · Mark as Spam
Recent