Piper Jaffray analyst Gene Munster is predicting that Apple will launch an 'S' version of the Apple Watch this spring, bringing an upgraded processor and battery.

Apple Watch: expect more of an "S" version with similar design, upgraded components including processor[,] battery, new band styles. Unlikely to have a wireless radio, which would allow standalone (i.e. decoupled from iPhone).

The idea is similar to Apple's release cycle for the iPhone. A major design upgrade is usually followed by a relatively minor internal upgrade. While it seems logical, previous reports have suggested that Apple only plans to unveil new bands and software for the smartwatch.

Do you think its too early for Apple to start upgrading components of its Apple Watch? Let us know what you think in the comments and please follow iClarified on Twitter, Facebook, Google+, or RSS for updates. 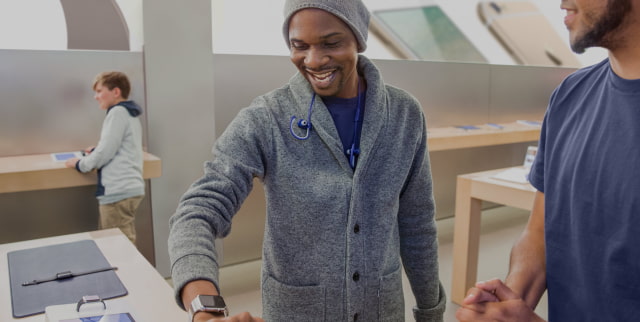 beks - February 4, 2016 at 5:53pm
its still a watch, and please tell me how often did you change your watches in the past? i would really prefer an upgraderate of 2-3 years
Reply · Like · Mark as Spam

Patrick - February 3, 2016 at 7:10pm
Not too early for design except for the bands. It's too early to change band interface design. Because bands cost so much they should not change this for about 3 years.
Reply · Like · Mark as Spam

joshWUa - February 3, 2016 at 6:20pm
There should be a free upgrade for current Apple Watch users or at least a $50 dollar trade in cus seriously if they gonna do this like the iPhone they will lose a lot of market share
Reply · Like · Mark as Spam

PHUKAI - February 3, 2016 at 4:15pm
Or the fact that you always judge something so blindly that you don't even realize the exact opposite of something you claim ends up beef a success.Still underachieving like the very beginning you have always been doing. For shame!
Reply · Like · Mark as Spam

reiman - February 3, 2016 at 9:51am
The watch really needs more power. Its stupid annoyingly slow and unrespostive at times. Still... i think its too soon for a new one
Reply · Like · Mark as Spam
5 More Comments
Recent