Apple has announced that it will be holding a press event on March 21st. The event will be held on the company's campus and is expected to bring a new 4-inch iPhone SE, a 9.7-inch iPad Pro, and some Apple Watch updates.

The new 4-inch iPhone is believed to feature a 12MP camera, an A9 chip, NFC, a similar form factor to the iPhone 5s, and slightly curved glass like the iPhone 6, 802.11ac Wi-Fi, Bluetooth 4.2, Live Photos support, a slightly larger 1642 mAh battery, and storage capacities of 16GB and 64GB. The device is not expected to have support for 3D Touch.

The new 9.7-inch iPad Pro is said to feature an A9X processor, four speakers, a Smart Connector, and support for the Apple Pencil. The display should include brightness and glare improvements over the iPad Air 2. Additionally, it's expected that Apple will have a new Smart Keyboard cover feature for launch. 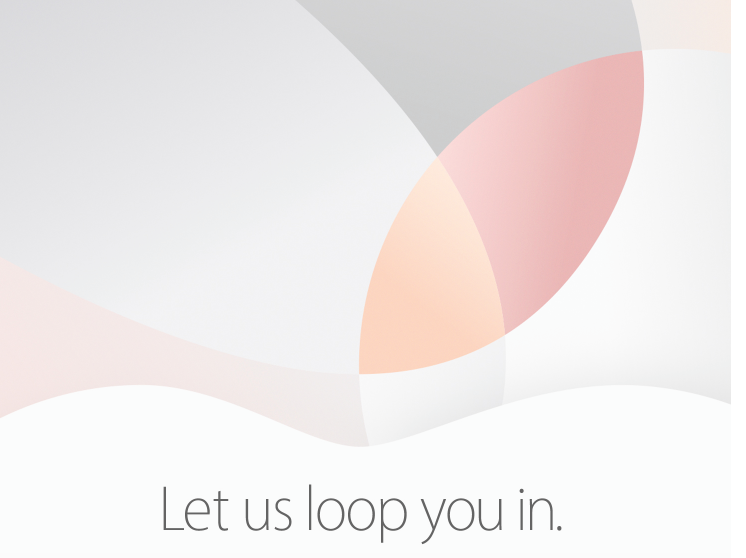 Rahil - March 11, 2016 at 2:13am
We all know Apple is going to disappoint again. Try are so predictable. Stop getting excited over another crap tablet with no innovation or progression of its operating system, and their overly glorified computers which are impossible to upgrade in the future. Apple might be prettiest but they are the dumbest. Apple is equivalent to a blonde supermodel. Good looks no brains
Reply · Like · Mark as Spam

Great - March 11, 2016 at 2:44am
But then why are they selling so many products and making so much money? You can't say that Apple is doing something wrong.
Reply · Like · Mark as Spam