Time Magazine has named the iPhone the 'Most Influential Gadget of All Time'.

"Rather than rank technologies—writing, electricity, and so on—we chose to rank gadgets, the devices by with consumers let the future creep into their present. The list—which is ordered by influence—was assembled and deliberated on at (extreme) length by TIME’s technology and business editors, writers and reporters. "

Here's what Times had to say about the iPhone...

---
Apple was the first company to put a truly powerful computer in the pockets of millions when it launched the iPhone in 2007. Smartphones had technically existed for years, but none came together as accessibly and beautifully as the iPhone. Apple’s device ushered in a new era of flat, touchscreen phones with buttons that appeared on screen as you needed them, replacing the chunkier phones with slide-out keyboards and static buttons. What really made the iPhone so remarkable, however, was its software and mobile app store, introduced later. The iPhone popularized the mobile app, forever changing how we communicate, play games, shop, work, and complete many everyday tasks. The iPhone is a family of very successful products. But, more than that, it fundamentally changed our relationship to computing and information—a change likely to have repercussions for decades to come.

Hit the link below to check out the full list! Is your favorite gadget on it? 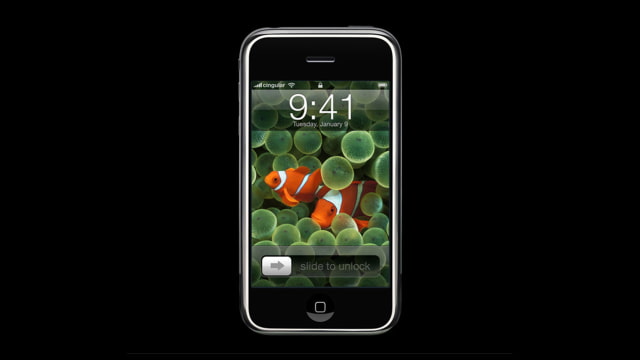 Chip - May 7, 2016 at 12:09pm
Im not a apple fan but you need to repeat that, Time Magazine has named the iPhone the "Most Influential Gadget of All Time" not blackberry, or android so what does this mean for all the people that swear that there blackberries and androids are the shizzle?
Reply · Like · Mark as Spam

King Rollo - May 6, 2016 at 10:25pm
The 50 Most Influential Gadgets of All Time did anyone actually read the article before posting crazy quips! The Archimedes screw!?!? Then we have screwdriver.. Oh and the wheel.. Yes the wheel the best technology gadget in recent times.. :D did a portal just open in the fabric of time and beam people from the past :D
Reply · Like · Mark as Spam

Zetaprime - May 4, 2016 at 4:24am
I think they forgot about things like the wheel, the lever, the screw, and many others without which higher technology could never have developed. As for Jobs, he was no match for people like Archimedes,Euclid, Da Vinci, Newton, or Einstein.
Reply · Like · Mark as Spam
9 More Comments
Recent