A new report from KGI Securities analyst Ming-Chi Kuo says that Apple's upcoming wireless earphones will feature a custom Bluetooth chip and will target a higher end market than Beats by Dre.

The earphones dubbed AirPods will be similar in style to The Dash earphones by Bragi. Their custom Bluetooth chip is said to improve battery performance for longer battery life.

The AirPods could be unveiled as soon as tomorrow. According to Kuo, Apple plans to target the high end market with the earphones and target the mid range market with its Beats headphones. It's unclear if this means the AirPods will be priced higher than Beats or whether the price of Beats will be lowered in the future.

We believe Apple will position Beats in the midrange market once it launches Apple's own-brand Bluetooth headphones, in order to maximize profit with a dual-brand strategy. We also believe Apple will have its own-designed Bluetooth-like communication chip, given its higher requirements for power-saving, communication specs and potential rapid growth of Bluetooth headphone shipments. Cheng-Uei and Inventec are the likely choices for assembly service.

Kuo predicts that Apple will not include wireless earphones with the iPhone 7, rather the company is likely to ship the new smartphone with Lightning EarPods. 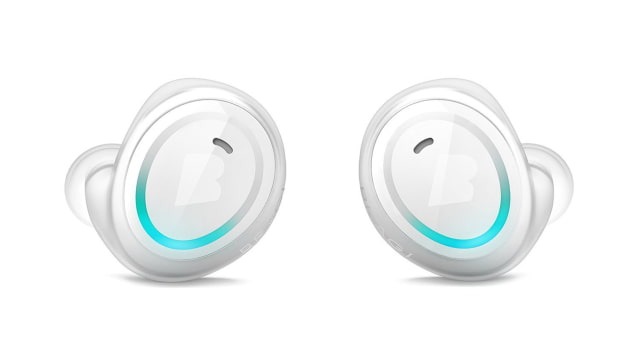 basicitizen - September 6, 2016 at 8:54pm
I'll buy it. As long as it sounds good. Good sound is in the ears-of-the-beholder. Don't talk shit just because you experience shit. It's just mean they aren't for you. I for once, love the Powerbeats 2 Wireless, it sounds good to ME.
Reply · Like · Mark as Spam

Chip - September 6, 2016 at 7:58pm
Noii matter what people say, beats by Dre is garbage headphones people should be ashamed of saying they are so great. The apple wired head phones that comes with the phone sounds way better fit free. So these will be great.
Reply · Like · Mark as Spam
1

PHUKAI - September 6, 2016 at 7:34pm
Don't you wish! The battery will be good because of how other wireless headphones look because of the long think material built into them. It will be as good as the quality Apple Watch!
Reply · Like · Mark as Spam

MUKAI - September 6, 2016 at 9:03pm
Then buyers remorse will kick in once they slip out and fall down the drain, or misplaced lol. But ehh apple you are in trouble this and next year.
Reply · Like · Mark as Spam
10 More Comments
Recent