Apple has been granted EAEC certifications for the iPhone 7 and iPhone 7 Plus, three new models of the Apple Watch, and AirPods. The Eurasian Economic Union (EAEU) consists of Armenia, Belarus, Kazakhstan, Kyrgyzstan, and Russia.

The certifications were spotted by iPhones.ru and are required for electronic devices sold in those countries.

Two new iPhone models gained certification with product identifiers: A1778 and A1784.

Perhaps most notably, there's a certification for the previously rumored wireless AirPods. As the iPhone 7 is expected to drop the headphones jack, it would make sense for Apple to launch some wireless headphones. Interestingly, a trademark for "AirPods" was filed in the United States last September from what may be one of Apple's shell corporations.

Apple is expected to unveil the iPhone 7 and perhaps the next generation Apple Watch on September 7th. Please follow iClarified on Twitter, Facebook, Google+, or RSS for updates. 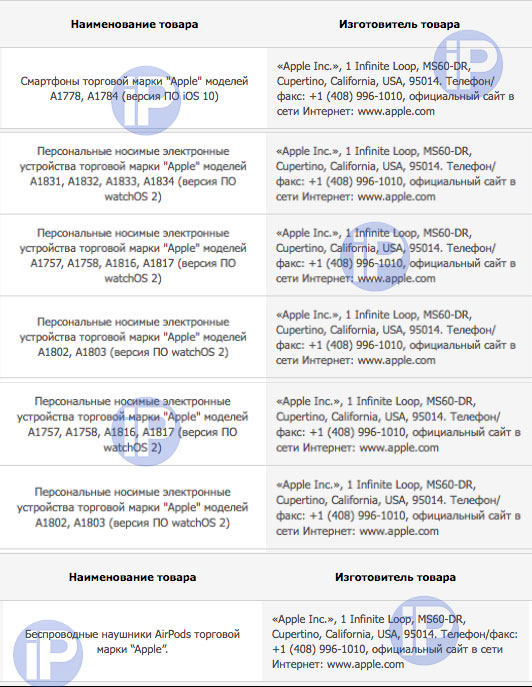 Jc_Dnl - September 2, 2016 at 11:49am
Surprised they need certification in backwards shithole countries like these.
Reply · Like · Mark as Spam