A leaked spec sheet allegedly for the iPhone 7 Plus reveals that Apple plans to include Lightning EarPods and a Lightning to Headphone Jack Adapter in the box. Additionally, it claims the device will be available with 256GB of storage.

Spotted on Weibo, the spec sheet appears to originate from Hong Kong. It's impossible to verify its authenticity; however, it does line up with previous rumors.

Apple is holding a special event on September 7th to unveil its new smartphones. The iPhone 7 should become available for pre-order on September 9th and be released in stores on September 16th. 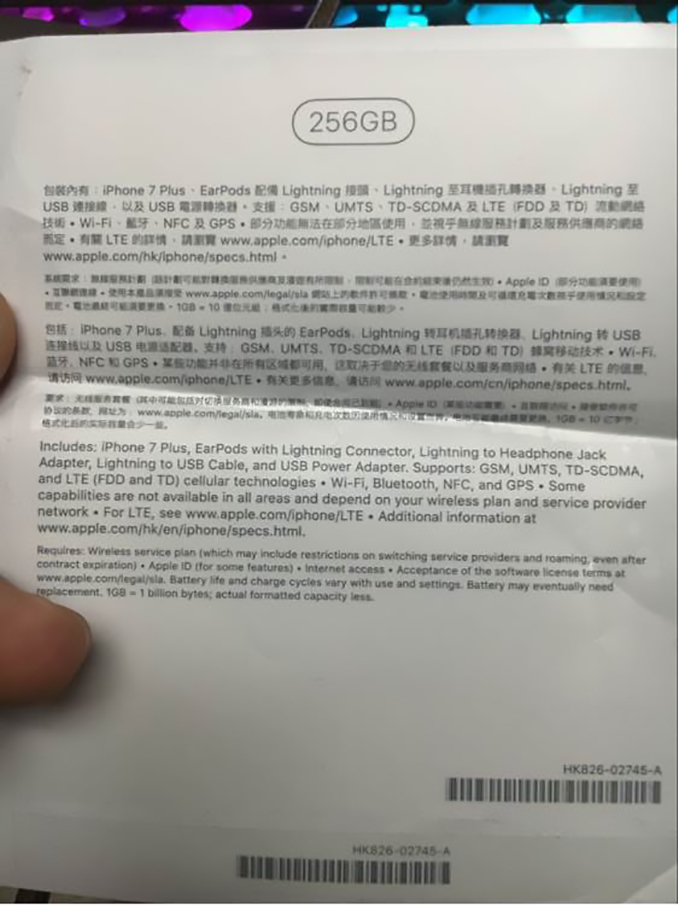 City023 - August 31, 2016 at 11:24pm
The only proves I see here with taking out the headphone jack is that many if not ALL would watch a mo eh, listen to music while charging their iPhones so this takes that equation out.
Reply · Like · Mark as Spam

SayingWhatEveryonesThinking - August 31, 2016 at 2:15pm
If you're talking away the headphone jack, include the damn AirPods!!! Don't give us the crap lightning headphones, that's an insult. Apple is seriously gouging customers by forcing us to buy the AirPods separately. Come on, give back a little guys!
Reply · Like · Mark as Spam

Steven Gerrard - August 31, 2016 at 3:03pm
Ha ha. Funny you talk like you have a choice. We know you will still go buy the iPhone7. You will still bend over and let apple f**** you in the a***. Its not just you. Count me and all the others in this iclarified community in your line of douc***. We are all hopelessly addicted to apple products and think there is no life without it, we will accept whatever Apple gives us.
Reply · Like · Mark as Spam