iFixit has posted its teardown of the new iPhone 7 Plus.

Since Apple's announcement day, we've been anxiously awaiting the chance to delve into their latest and greatest tech. Today, we're kicking off our teardown trifecta with the iDevice that boasts both the greatest surface area and the highest number of cameras: the iPhone 7 Plus.

Highlights:
● The iPhone 7 Plus is nearly the same size as its predecessor (158.2 x 77.9 x 7.3 mm vs. 158.1 x 77.9 x 7.3 mm), and it's stamped with a new model number: A1785.
● The 7 Plus bizarrely opens to the side, despite the familiar clips at the top of the phone that help align the display as in previous models.
● In place of the headphone jack, we find a component that seems to channel sound from outside the phone into the microphone... or from the Taptic Engine out.
● The battery is rated at 3.82 V and 11.1 Wh of energy, for a total of 2900 mAh, a slight upgrade over the 2750 mAh (3.8 V, 10.45 Wh) of the 6s Plus, but still a step down from 11.1 Wh, 2915 mAh cell found in the 6 Plus.
● Without blinking, we can see four metal pads around one camera. We're guessing these are the magnets that enable OIS.
● Plucking the logic board from the 7 Plus is much easier than with its predecessor. There's no need to flip over the logic board to remove the final connections.
● The speaker grilles have ingress protection to keep the internals nice and dry.
● It appears that the new solid state home button is removable

There is still a little ways to go in iFixit's teardown. Check out a few photos below and hit the link for the full teardown! 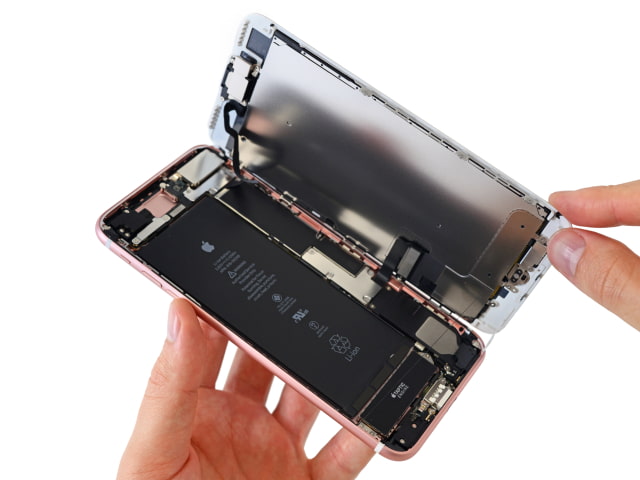 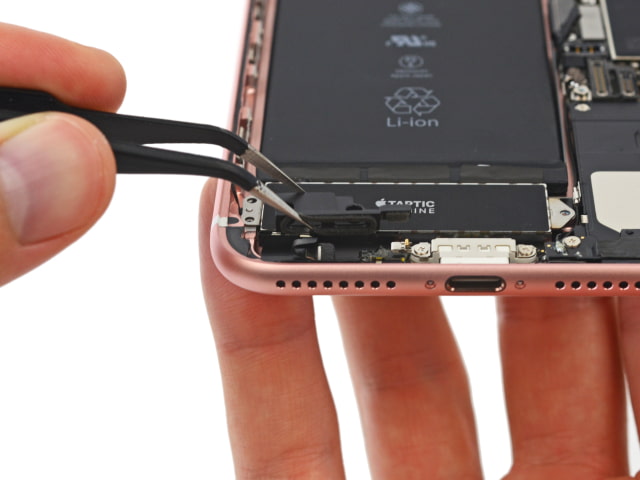 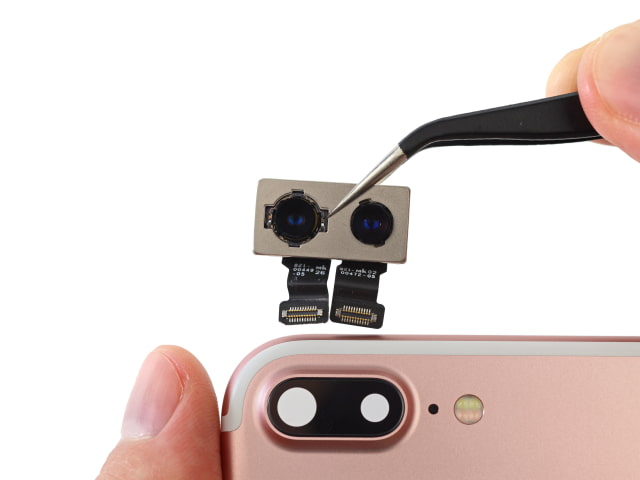 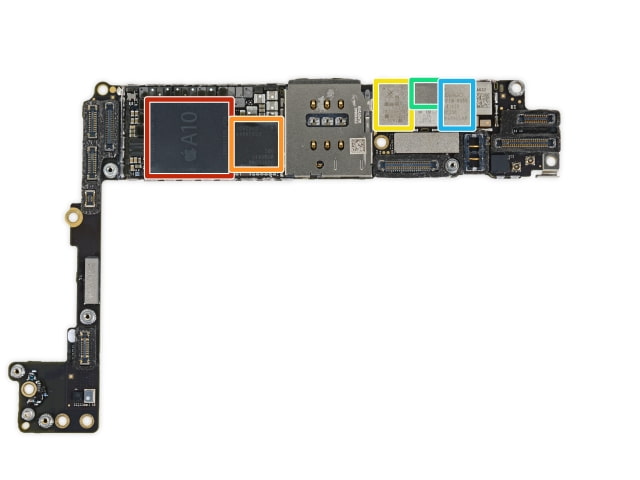 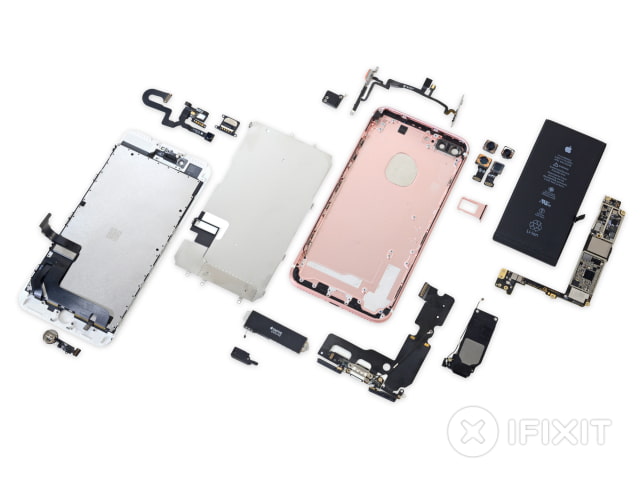