DisplayMate has published the results of its extensive lab tests on the OLED display used in the iPhone X.

Apple's flagship device delivered uniformly consistent all around top tier display performance and received All Green (Very Good to Excellent) ratings in all of the DisplayMate lab test and measurement categories (except for a single Yellow in Brightness Variation with Average Picture Level that applies to all OLED displays).

Based on its tests, DisplayMate declares the iPhone X the "Best Performing Smartphone Display", earning its highest ever A+ grade. The display reached near textbook perfect calibration and performance. 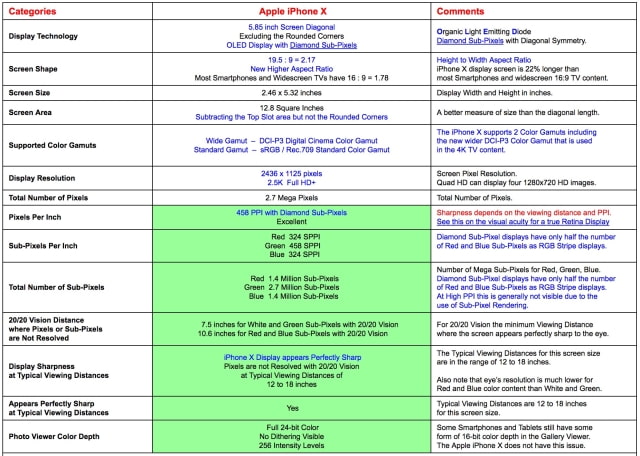 johnfive - November 7, 2017 at 3:34pm
highest oled brightness? isn't the samsung running at double the nits?
Reply · Like · Mark as Spam

Raas al Ghul - November 7, 2017 at 3:50am
Actually Apple designed and developed the display and gave the license to Samsung to manufacture it
Reply · Like · Mark as Spam
Recent