Apple has added support for 7.5 watt wireless charging for iPhone X, iPhone 8, and iPhone 8 Plus in the iOS 11.2 beta. Previous firmware versions iPhone only supported charging at 5W using compatible Qi wireless chargers. The change was spotted by RAVPower, and confirmed by MacRumors.

Using the Belkin charger that Apple sells, which does support 7.5W charging speeds, the iPhone X was charged from 46 to 66 percent over the course of thirty minutes. The same iPhone charged from 46 percent to 60 percent over 30 minutes when using a wireless charging accessory that does not offer 7.5W charging speeds. Our testing was intended to emulate real world conditions, with a case on and Airplane Mode not activated.

While 7.5 watts is still half the wireless charging speed supported by Qi 1.2, it should be a noticeable improvement for users.

Apple has yet to release its AirPower charging pad; however, there are some third party options that work well with the iPhone. 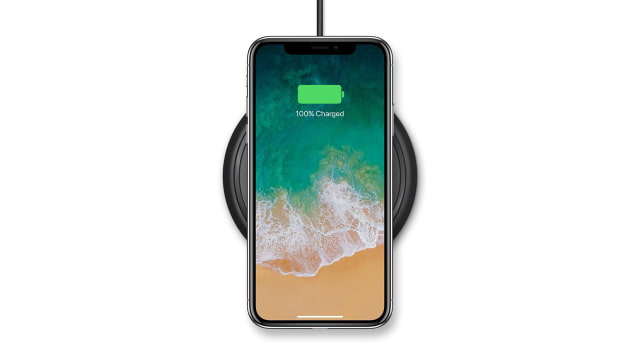 Raas al Ghul - November 15, 2017 at 7:09pm
Hopefully they will I mean it’s based on Apple’s stuff so it would make sense they support their products fully
Reply · Like · Mark as Spam
Recent