LG has announced an upcoming ThinQ smart speaker that comes with Google Assistant built in. The speaker will debut at CES 2018.

LG teamed up with Google to ensure that the LG ThinQ Speaker delivers all the conveniences which comes with having a digital assistant at your side. And LG ThinQ Speaker isn’t only a smart companion, it is also a personalized voice-activated interface for LG’s smart home appliances. For example, the LG ThinQ Speaker can be set to turn on an LG appliance with the simple spoken command, “OK Google, talk to LG, turn on the air purifier.” Best of all, the speaker makes no comprises on sound thanks to Meridian Audio technology. LG ThinQ Speaker’s High Resolution Audio is compatible with high quality lossless files, giving it the ability to faithfully recreate sounds that were originally recorded in the studio. 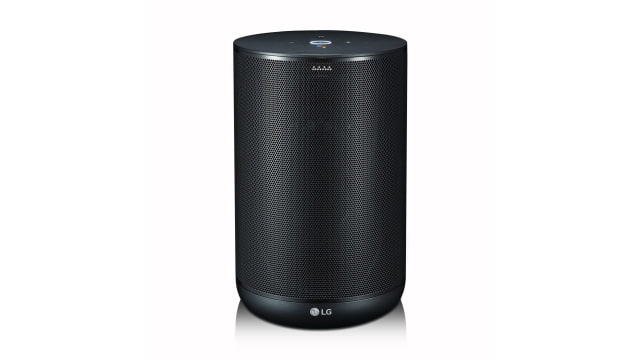 Larry - December 29, 2017 at 4:29am
I hate google. Why? Because they make us believe we use google to search, but in reality THEY use google to search on us. Not going to buy anything with google assistant on board. Also i would never want to say "ok google". This sounds so ridiculous.
Reply · Like · Mark as Spam
Recent