Apple is developing its own MicroLED displays at a secret manufacturing facility in Santa Clara, California, according to a recent Bloomberg report.

The Cupertino company is making a significant investment in the development of the next generation screen technology, claim sources 'familiar with the situation'. MicroLED displays are much more difficult to produce than OLED displays but promise to be slimmer, brighter, and consume less power. Although Apple nearly killed the project about a year ago, engineers have since made good progress and the technology is now at an advanced stage.

Apple will likely outsource production of its new screen technology to minimize the risk of hurting its bottom line with manufacturing snafus. The California facility is too small for mass-production, but the company wants to keep the proprietary technology away from its partners as long as possible, one of the people says. “We put a lot of money into the facility,” this person says. “It’s big enough to get through the engineering builds [and] lets us keep everything in-house during the development stages.”

The secret project, codenamed T159, is overseen by Lynn Youngs. The facility is 62,000 sq ft and located about 15 minutes from Apple Park in Santa Clara. About 300 engineers reportedly work there designing and producing MicroLED screens. Nearby, there is another facility that handles the process of placing individual pixels into a MicroLED display. This process is based on IP obtained when Apple acquired LuxVue in 2014.

Bloomberg says that Apple opened a research lab in Taiwan about a year after the acquisition to test if the company could pull off in-house display manufacturing. Engineers build a small number of LCD screens using Apple tech which were assembled at the Santa Clara facility and placed into iPhone 7 prototypes. After being tested by executives, Apple gave the team the go-ahead to move forward with development of MicroLED.

It reportedly took Apple several months to get the California plant operational and only recently have engineers become confident in their ability to eventually replace screens from Samsung and other manufacturers.

In late 2017, Apple managed to manufacture fully functional MicroLED screens for the Apple Watch. This was a significant milestone for the company. Executives recently approved continued development for the next two years.

It's likely that consumers will see the MicroLED display appear in a future generation Apple Watch before eventually making its way to the iPhone. This could take three to five years. 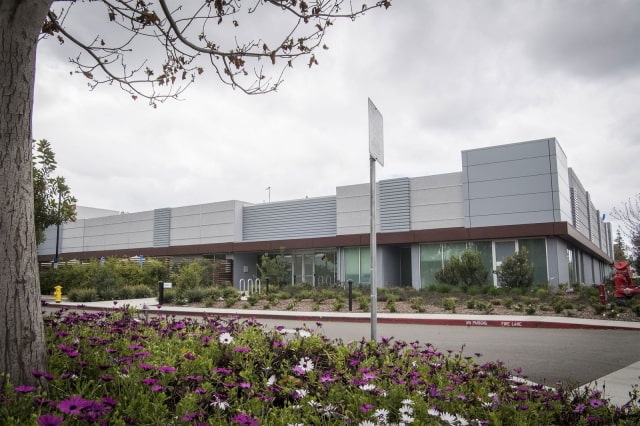 snakekiller1x95 - March 19, 2018 at 3:16pm
The new app is optimised for iPhone X, but only available as beta right now. I have been using it for months though and it works well, so no need to worry about bugs. Just sign up here: https://www.iclarified.com/app/beta/ or if you don’t trust a link from a stranger, search for iclarified app beta. You will then get an invite to join the beta program and download the new app through TestFlight.
Reply · Like · Mark as Spam

JuergenWest - March 19, 2018 at 7:08am
It is not really a secret if you are writing and article about it and freely disclosing information related to it either.
Reply · Like · Mark as Spam
Recent